Mira Ben Ari. 'I am willing to die with a weapon in my hand' 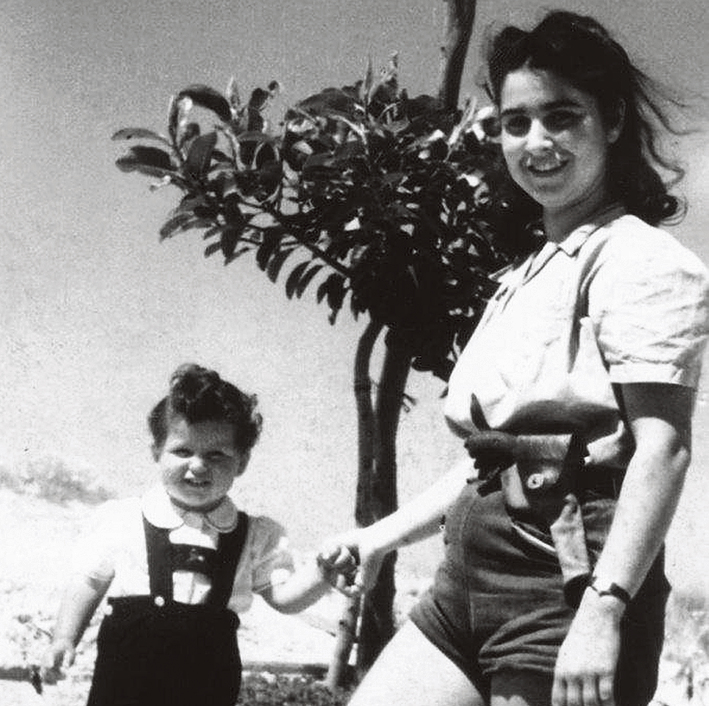 ‘Tell Danny that he had a mother’

Wireless operator Mira Ben Ari was killed after shooting an Egyptian officer to death in the Battle of Nitzanim in June 1948; ‘I’ll always be proud of her,’ says her son, Danny, who has kept a letter she left in his pocket before handing him at age 2 over to her friend so she could take part in the fighting.

“I have no memory of her,” Danny Ben Ari says of his mother, Mira. But despite being intangible, the memory is always there. Walking hand in hand with the child who grew up in the shadow of the image of a mother who insisted on staying home, in Kibbutz Nitzanim, and protecting the communal farm while many of its inhabitants were evacuated at the outbreak of the 1948 war.

At the age of 72, Colonel (res.) Ben Ari, a father and a grandfather himself, still says, “I’ll always be proud of her.”

Mira Ben Ari was born in Berlin in 1926 and immigrated to Israel at the age of seven. She volunteered with the Lehi underground organization at the age of 14 and was one of the founders of Kibbutz Nitzanim, where she met Elyakim. The two got married and she gave birth to Dan.

When the war broke out, and when the Egyptian army invaded, the kibbutz launched an operation to evacuate the babies and the residents who weren’t taking part in the fighting. Miri, who was a wireless operator, made an unusual decision: She sent her only son away and stayed with the kibbutz fighters and the Givati Brigade members.

The mother handed her two-year-old son to her friend, Nechama, and bid farewell to him with one sentence: “Tell Danny that he had a mother.” Danny has been cherishing those words his entire life. “Mom knew it was a farewell sentence,” he says. “She knew she wouldn’t come out alive from this battle.”

Mira also left a letter in the baby’s pocket for his father, who was on the road and was unable to return to the kibbutz on time. “There is no harder goodbye than a mother saying goodbye to her child,” she wrote in the note, which Danny has held onto to this very day, “but I am bidding farewell to my son so that he will grow up in a safe place and be a free man in his land! Visit him often and give him all my love when you see him! Give Mother and Father many kisses from me and apologize to them on my behalf for not writing to them, but I really can’t!”

Danny has no doubt that “the letter she put in my pocket was her will.”

On the night between June 6 and June 7, 1948, the Egyptian army began shelling the kibbutz. “Mira kept calling for reinforcements on the radio communication, but there was no response,” the son says.

According to testimonies, Nitzanim's commander, Avraham Schwartzstein, decided following the difficult battles to negotiate a surrender with the Egyptians. He sent a soldier waving a white kerchief over his head towards them, but the soldier was shot and killed on the spot.

Schwartzstein took a white kerchief and began walking towards the Egyptians together with Mira Ben Ari. But the Egyptian force’s commander shot him to death. Mira immediately pointed her pistol at the Egyptian officer and killed him. The Egyptian soldiers responded by shooting her to death. “Mom refused to be taken captive,” the son says proudly.

Upon Nitzanim’s liberation, Danny returned to the kibbutz. At the age of 13, he went to live with his grandparents in Ramat Gan.

“As a child, I didn’t think her heroism was such a big deal,” he says. It was only after he joined the IDF that he realized how courageous she had been. “She was a woman who shot an Egyptian officer. An Egyptian soldier who was taken captive said the Egyptian soldiers had been amazed by what she did.”

Danny and his wife Roni have three daughters, one of which they named Mira. “We all remember her, her legacy and the heroism she left behind. As she wrote, ‘I am willing to die with a weapon in my hand.’”