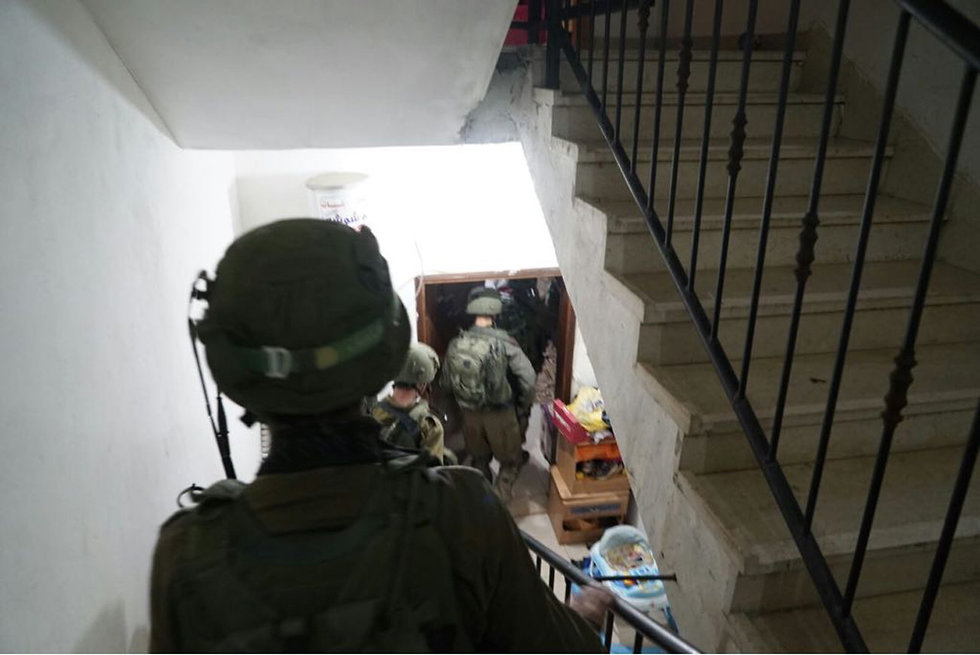 Israeli security forces nab 19 wanted suspects in the West Bank, 15 of them members of Hamas who received funding to carry out different terror-related missions in the area on behalf of the Gaza terror group.

Israeli security forces arrested 19 wanted Palestinians early Sunday, 15 of them Hamas members who were arrested in the Ramallah area.

Among them was Khaled al-Din Hamed, a Hamas member from the Gaza Strip, and other senior members who received funding to carry out different assignments on behalf of the Hamas terror organization in their area of residence.

The troops also confiscated "a vehicle worth thousands of shekels being transferred to members for terror purposes" and closed down a printing shop used by Hamas to print materials to incite to terrorism.

The IDF carries out widespread arrest raids in the West Bank during times of high tensions in order to pressure Hamas into lowering the flames on the Gaza border, where weekly rioting continue every Friday and are set to culminate on May 15, Nakba Day.

Thirty-five Palestinians have been killed in Gaza since border clashes intensified on March 30 in an ongoing protest known as "The Great March of Return"—evoking a longtime call for refugees to regain ancestral homes in Israel.

For a month, clashes had erupted at the demonstrations and Israeli soldiers had used live fire to keep Palestinian crowds away from its border fence.