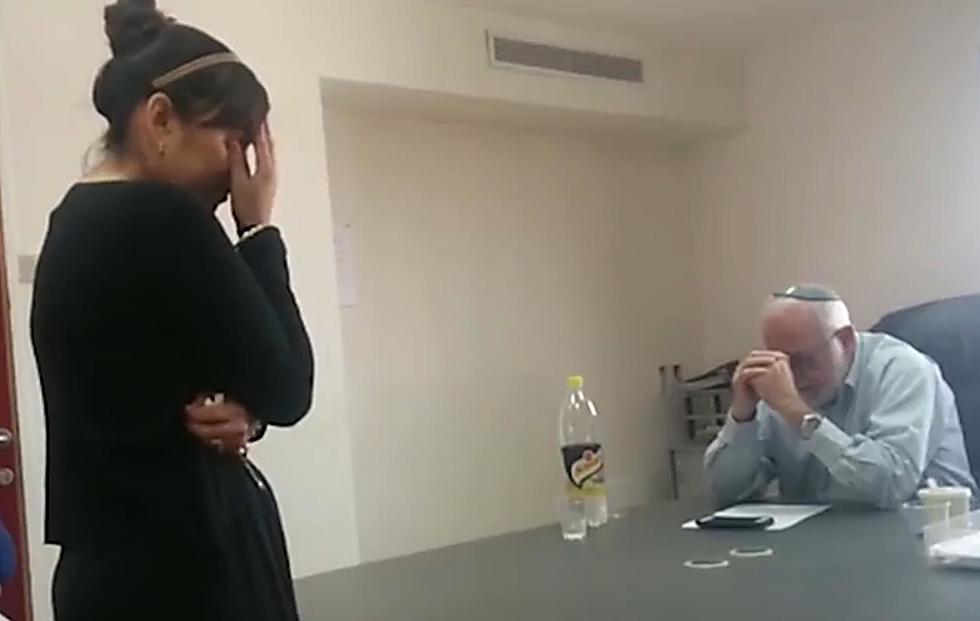 Bill proposes the establishment of new Jewish conversions authority under the Prime Minister's Office to perform Orthodox conversions in line with Halacha; move expected to weaken Chief Rabbinate, which will no longer have a monopoly in the field; Reform, Conservative conversions performed abroad will be recognized, but not ones done in Israel.

A bill proposal to regulate state conversions in Israel and the recognition of Jewish conversions done abroad is expected to return to the Knesset soon, almost a year after it sparked a crisis in the coalition.

A new draft of the bill was recently submitted to Prime Minister Benjamin Netanyahu, but what is meant to be a compromise arrangement is likely to re-spark the dispute. According to the recommendations made by a special team led by former justice minister Moshe Nissim, state conversions will receive legal status for the first time, ensuring that only the state could perform conversions through Orthodox rabbinical courts and in line with Halacha (Jewish law).

Conversion ceremony (Photo: Ami)
To that end, a new Jewish conversions authority will be established in the Prime Minister's Office and will be responsible for both civilian and military conversions. It will replace an existing department in the PMO that has been operating without having been enshrined by law. The new authority is meant to prevent Reform and Conservative rabbis from performing conversions in Israel, as well as ensure that those that undergo Reform or Conservative conversions are not recognized by state bodies as Jews—not in matters of religion (such as marriage in the Chief Rabbinate) nor for receiving a legal status (such as citizenship based on the right of return). A petition by liberal movements to recognize Reform and Conservative conversions is currently being heard by the High Court of Justice, and the new legislation seeks to block any future judicial interference in the matter. "Conversion performed in Israel will be recognized for the purposes of any law only if it was performed by a rabbinical conversion court under the conversion authority," the proposal notes. "No legal relevance will be given to any conversion performed in Israel not by the conversion court in the conversion authority." Private Orthodox conversion courts—from that of ultra-Orthodox Rabbi Nissim Karelitz to the religious-Zionist Giyur Ka'Halacha—will also be affected by the move. The High Court has already determined their conversions will be recognized by for civil matters, and they were hoping that in the future the Chief Rabbinate would recognize them for marriages as well. But the ultra-Orthodox have objections to the proposal as well, as part of the compromise the new conversions authority will be independent and not under the Chief Rabbinate, and the authority's head will be chosen by the prime minister. Furthermore, while the rabbinical judges performing the conversions will be Orthodox, they will be appointed by a committee headed by the prime minister or his representative, in which there will be no Orthodox or ultra-Orthodox majority, and the Reform and Conservative movements will have a voice. The new conversions authority will also be able to recognize religious marriages of Jewish converts, which will further weakened the Chief Rabbinate, currently the sole body with such authority. If the bill is passed into law, the Chief Rabbinate will no longer be able to delay one's religious marriage because of doubt over the validity of his conversion. Any appeals about the conversion process will be discussed by a higher rabbinical court, which will be established within the new conversions authority, and its decisions will be final. The authority will also have a special court for minors, another contentious issue.

Regulations against 'misuse' of Jewish conversions

Conversions performed by a recognized Jewish community abroad will be recognized for legal matters, such as the law of return, whether they were done by Orthodox rabbinical courts according to the Halacha or not, in line with a 2016 High Court ruling on the matter.

However, the bill proposal notes that "the interior minister, in consultation with the prime minister, may prescribe in the regulations rules and conditions that will prevent the misuse of conversion for the purpose of obtaining economic rights or for any other reason other than the desire to join the Jewish people."

The Reform Movement reacted to the proposal with mixed emotions. The movement's executive-director Gilad Kariv said that "naturally, we do not support the idea of only having one option for conversion in Israel. However, we welcome the full recognition of Reform conversions in the Diaspora and the assurance to converts in Israel who are already citizens and residents that they will be listed in the civil registry as Jews.

"In addition, we welcome the apparent recognition of the need to drastically minimize the influence of the Chief Rabbinate on conversions, in light of this institution's strict stance towards those who sought to convert in recent decades."

However, he added, "We reiterate our expectations from the Israeli government to lead conversion moves while having dialogue and reaching broad agreements. As has been proven with the Western Wall issue—the Reform Movement believes in the need to strive for broad national support, while keeping to the State of Israel's fundamental values as a democratic state and as the state of the entire Jewish people, including all of its sectors and movements."

Dr. Yizhar Hess, the executive director of the Conservative Movement, also welcomed the bill proposal. "One must admit that the report Moshe Nissim has authored is revolutionary to a considerable extent," he said. "Removing the conversions from the Chief Rabbinate to a separate, independent conversions authority is welcomed. The fact its heads will be appointed by the prime minister—and while the chief rabbis will be members of the appointing committee, they won't have veto rights—is definitely courageous and very important.

"The fact the appointing committee will include representatives of Diaspora Jews, representatives of the Conservative and Reform movements, is also recognition I do not underestimate. I also welcome the fact the bill proposal enshrines in legislation the High Court's ruling from 2002, meaning: Official recognition of Reform and Conservative conversions, which are performed at recognized communities abroad, with regards to the right of return."

Reform and Conservative movements protest against freeze of conversion law; signs say: 'I have Jewish friends of all colors' and 'Orthodox conversion (less or equal to) Reform conversion' (Photo: Amit Shabi)

"However," he qualified, "and perhaps because of this, I do not believe this legislation is politically viable. The Haredim will oppose it for understandable reasons, and even for Diaspora Jews this won't be enough. Any legislation that perpetuates the Orthodox monopoly, even if it makes it liberal to a certain degree, means further humiliation for the millions of non-Orthodox Jews. Haven't we had enough of those over the past two years?"

"Former minister Moshe Nissim did holy work and penned an important, in-depth report. The very fact none of the sides involved is unhappy shows these are worthy and balanced conclusions," said Hacohen, who researched the issue of conversions and represented converts whose Jewishness was not recognized in High Court cases.

"As always, it's safe to assume political officials, each from his direction, will thwart the implementation of the report—and that is a shame. It's high time to rise above petty and narrow considerations and have an inclusive policy towards the converts, as is appropriate for a country whose values are Jewish and democratic," he added.

Recent data showed that the Jewish people have not been keen to take on converts in the current generation, even when it comes to Israeli-born people or those who have been living in the country for over 20 years.

Since state conversions began in 1996, less than 90,000 Israelis underwent Jewish conversion, with half of them being Ethiopian immigrants whose conversion was a condition for citizenship.

Only 29,000 out of close to 400,000 (7.25 percent) of emigrants from the former Soviet Union who were not Jews have converted over the past 20 years. Many others want to convert, but despair from the difficult and unfriendly process.

The data was taken from the book "Israeli Conversion: Vision. Achievements. Failures" by Prof. Yedidia Z. Stern, the vice president of the Israel Democracy Institute, and Dr. Netanel Fisher of the Sha'arei Mishpat College.

According to the researchers, some 10,000 people—including babies born to non-Jewish mothers as well as new immigrants—join the hundreds of thousands of Israelis not recognized as Jews.

Despite that, conversion rates have been low by the end of 2017, with some 2,000 people undergoing either civil or military conversion every year.

Amihai Attali contributed to this story.