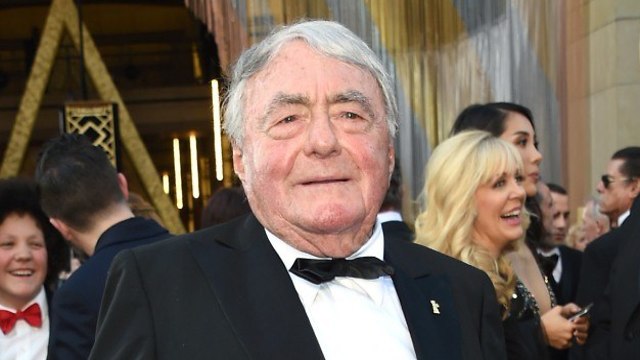 French filmmaker and writer Claude Lanzmann, best known for his documentary film 'Shoah,' a nine-and-a-half-hour oral history of the Holocaust, has died in Paris Thursday, at the age of 92.

Filmaker Claude Lanzmann has died Thursday at the age of 92. A man of letters and high learning, Claude Lanzmann was equally at home as an author, filmmaker, memoirist, journalist and lecturer. His best known film, "Shoah", bore unflinching witness to the Holocaust through the testimonies of Jewish victims, German executioners and Polish bystanders.

In the mid-1970's, Lanzmann started working on an oral history of the Holocaust, conducting a mass of interviews with survivors, perpetrators and witnesses to the murder of six million Jews by the Nazis. In all he spent 11 years making "Shoah", a film that defined the Holocaust for those who saw it, and defined him as a filmmaker.

The power of the film lies in viewing the Holocaust as a present event, rather than as history. It contained no archival footage, no musical score—just landscape, trains and recounted memories. President Reuven Rivlin described "Shoah" as a film that "changed the entire world's perspective."

"I knew that the subject of the film would be death itself. Death rather than survival," Lanzmann wrote in his autobiography.

More than nine hours in length, the film met with wide critical acclaim. At the film's premier, the French journalist Jean Daniel told the filmaker:  "This justifies a life." Film critic Roger Ebert called it "one of the noblest films ever made" and Time Out and The Guardian were among those ranking it the greatest documentary of all time.

Born in 1925 to a Jewish family that had migrated from eastern Europe, Lanzmann came of age during the Nazi occupation of France and served with the resistance.

A contemporary of Simone de Beauvoir and Jean-Paul Sartre, Lanzmann joined Sartre's circle and had an affair with de Beauvoir, Sartre's companion. He later left for Israel and moved in with Beauvoir when he returned to Paris, from 1952 to 1959. Sartre, Lanzmann's hero, became a constant in their life together.

"So I was an opportunist—'on the make' you say. But she was beautiful. My attraction to her was genuine," he once told Beauvoir's biographer. Long after their affair ended, Beauvoir provided much of the financial support for "Shoah." Beauvoir, writing about Lanzmann in her memoir "Force of Circumstance," described him as someone who "seemed to be carrying the weight of a whole ancestral experience on his shoulders."

Lanzmann tinkered in politics and journalism, working periodically for the journal France Dimanche. In 1968 he did a television reporting on the Israeli Army in the Sinai Peninsula, which led to his first film: "Israel, Why."

In 2009, Lanzmann published his autobiography, "The Patagonian Hare", which traces his youth, the impact of Nazism on his life his relationship with de Beauvoir.

In 2013, Lanzmann revisited the Holocaust with "The Last of the Unjust," focusing on his interviews in 1975 with a Vienna rabbi who was the last "elder" of the Theresienstadt ghetto.

He was awarded the Legion d'honneur, France's highest order of merit, for his work in 2006, and continued his work as an editor of Les Temps Modernes into his 90's.

His final work, a series of interviews with four Holocaust survivors stitched together into a single four and a half hour film, was released in French theaters Wednesday.

"Claude Lanzmann's cinematic work left an indelible mark on the collective memory, and shaped the perception of viewers around the world, in these and other generations...his departure from us now, along with our recent separation from many Holocaust survivors, marks the end of an era,"said Avner Shalev, chairman of Israel's Yad Vashem Holocaust memorial.

Lanzmann is survived by his third wife, Dominique, and his daughter Angelique. His son Felix died of cancer in 2017, aged 23.