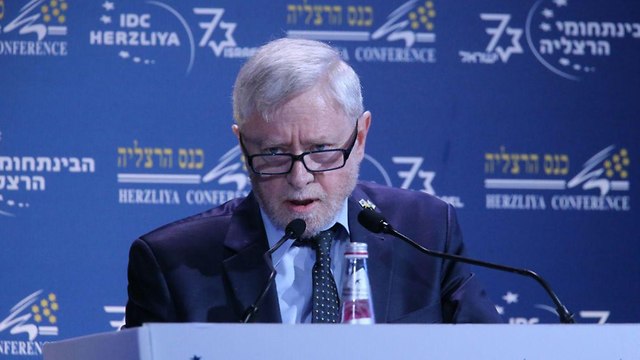 According to the State Comptroller's report, the murder rate in the Arab sector is 2.5 times higher than the general population, and the frequency of shooting offenses is 17.5 times higher than in the Jewish sector; The report details various police failures, manpower problem, and Arab Israelis' lack of trust in the police.

The State Comptroller's Office published a report Wednesday pointing to a number of failures in the Israel Police's handling of illegal weapons and shooting incidents in Arab society and in mixed communities.

According to the report by State Comptroller Joseph Shapira, 1,236 Israeli Arab men and women were murdered from 2000 to November 2017. The murder rate in the Arab sector is 2.5 times higher than the general population, and the frequency of shooting offenses is 17.5 times higher than in the Jewish sector.

The most common offenses committed by Israeli Arabs include the possession of illegal weapons, shooting and assault.

State Comptroller Joseph Chaim Shapira (Photo: Motti Kimchi)
The report also states that weapons offenses, especially shooting offenses, are common among the Arab population. The weapons are mainly used for resolving disputes between criminals and families, demonstrating power, and for self-defense purposes. Weapons are also used on special occasions, such as weddings. According to the police, more than 70 percent of the shooting offenses in the Arab population are carried out by "regular" people. In addition, according to Shapira, the widespread availability of weapons in Arab society leads to an increase in the number of violent incidents, such as murder, manslaughter, and assault. These offenses are more common in the Arab population, and the victims are generally members of Arab society.

Guns and weapons offenses endanger not only the lives of those involved but also the lives and well being of innocent civilians.

What are the authorities doing? The comptroller lists a long line of failures in the authorities' handling of the situation. Shapira states that majority of weapons come from three main sources: thefts from the IDF, smuggling from Jordan and gun manufacturing in the West Bank, as well as other weapons coming from homes and vehicles robberies.

As a result, more time passes from when an incident is reported until the police arrives, and it becomes more difficult to prioritize. All in all, the police's ability to cope with crimes committed in Arab society is diminished.

In addition, according to the report, although some crimes take place in central areas and in the presence of witnesses, the police find it difficult to collect enough evidence, because, inter alia, of the Arab public's mistrust in the police. Therefore, the police's ability to charge perpetrators is limited.

To build trust between Arab communities and the police, a five-year plan was put in motion. As part of the plan, the Arab Sector Administration was established in May 2016 with the aim of strengthening the ties between the Arab sector and the police.

According to the plan, 11 new police stations will be added in the Arab sector, and 600 new positions for Muslim policemen will be filled. However, there is not enough land allocated for new the police stations.

To conclude, Shapira asserts that a broad and effective governmental action is needed. The government's failure to do so, he adds, could have a severe impact on Israeli society in general and Arab society in particular.

According to Israel Police, "shooting incidents occur too often in the Arab sector, most of them caused by internal disputes that escalate into violence. The Israel Police is determined to take action against the use of weapons at any time and place throughout the year.

The Ministry of Public Security said it "welcomes the important report on the issue that lies at the heart of the ministry's policy, and big resources are invested into solving the problem.