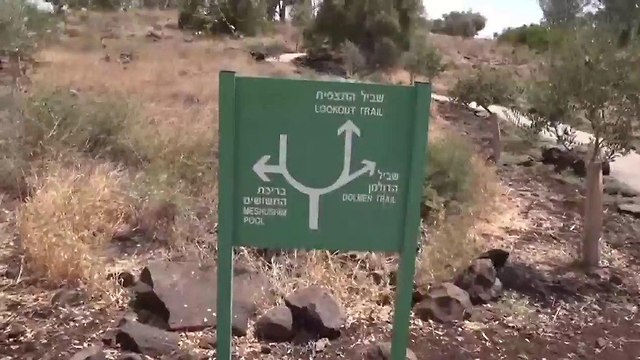 32 Israelis contract leptospirosis after swimming in streams in the Golan Heights; ministry finds high levels of fecal E. coli bacteria in Zaki, Mesushim and Yehudiya streams, barring the public from entering them as well as several other bodies of water.

The Health Ministry found high levels of fecal E. coli bacteria in several streams in the Golan Heights, it said Thursday, after 32 Israelis had contracted leptospirosis while swimming there.

The ministry listed several streams the public is not allowed to enter: Zaki, Yehudiya, Meshushim, Zavitan, Jilabun, and Daliyot (at the Majrassa Nature Reserve), as well as the Jordan River (only in the Jordan Park area). All other bodies of water in northern Israel are safe to bathe in.

"We are monitoring the situation closely and report back to the public on a regular basis," said Health Ministry Director General Moshe Bar Siman-Tov.

He warned against "fake news posted on social media" and urged Israelis to adhere only to official statements.

The Nature and Parks Authority, together with the Water Authority, the Mekorot Water Company, and the Mei Golan Water Association, will introduce clean water to several streams immediately after the High Holy Days to increase the flow and reduce pollutant concentrations.

Meanwhile, a 17-year-old boy suffering from meningitis was hospitalized at the Mayanei Hayeshua Medical Center in Bnei Brak with on Thursday complications caused by leptospirosis after bathing in one of the polluted streams in the Golan Heights. His condition is stable and his life is in no longer at risk.

"There are currently seven children and teenagers aged 11 to 17 hospitalized in the Pediatric Department with symptoms suspected to be caused by leptospirosis after they visited the sites mentioned in the Ministry of Health's announcement," said department head Prof. Eli Somekh.

On Wednesday, five students aged 14-17 were hospitalized on suspicion they caught leptospirosis during a trip to the Jordan River, with concerns other students may have also been afflicted.

The Meshushim stream in the Golan Heights