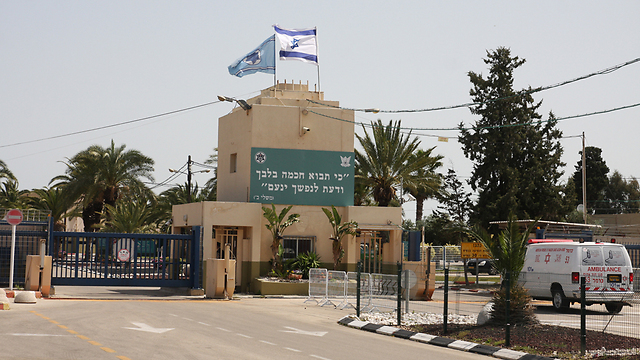 Cpl. R to serve 2 months behind bars as part of plea bargain reached in case that revealed he ordered cadets enrolled in an IAF course to stand against the wall while he smashed a mop stick on their backs.

An IDF commander who abused his subordinates will only serve two months in prison under a plea deal accepted last week.

The case was first reported by Ynet a year ago following the hospitalization of a trainee enrolled in a vocational course on a technical air force base in Haifa. The soldier claimed his commander, identified as Cpl. R, humiliated and physically abused him and other soldiers on the course, mere months after their enlistment. As part of the plea bargain, which was approved by a panel of three IDF judges, the convicted soldier was also ordered to carry out extra maintenance work on the base and to pay NIS 1,500 in compensation to the soldier. The case of another commander who was said to be involved in the affair has yet to reach its conclusion.

Cpl. R, who served as the direct commander and instructor of the complainant, denied all charges leveled against him throughout the entire judicial proceeding and only retracted his denials at the last moment, after which he received a lighter sentence.

“The defendant employed violence against a few cadets under his wing, ordering them to place their hands on the wall (with their backs to him) and then smashed a mop stick on their backs,” the judges wrote in their ruling. “On one of the soldiers, he did that with a wooden board.”

In their ruling, the judges described how Cpl. R confiscated a cell phone of one of the complainants and told him he could come and get it back from the commanders’ office.

When the soldier arrived at the office, Cpl. R once again ordered the soldier to face away from him with his hands on the wall so he could break a stick on his back.

When the cadet refused, the commander began hitting him and told him that he would only stop when his subordinate stood against the wall. After being subjected to a series of blows, the solder managed to leave the room and asked for help from his friend. Cpl. R ordered him to return to the office—forbidding the other soldiers to accompany them—where he repeatedly hit him. After feeling unwell in the wake of the beating he had just endured, the soldier, who was covered in bruises, went to hospital and given several days’ rest. While his victim was in hospital and taking his days off, the commander got his version of events in order with another course commander, and the two told their superiors that the bruises could be attributed to the soldier falling down stairs on the base. The fabricated version was also given during an investigation that was carried out by more senior commanders on the base. The course commander subsequently provided documents to another commander so that the injured soldier would receive more sick days to ensure his absence from the disciplinary hearing and so he would not be able to clarify what had taken place. But testimony collected in the investigation made it clear the soldier had been the victim of extreme violence and that the commander himself had been subjected to similar treatment when he was a cadet on the course.

Archive photo of military court in Jaffa (Photo: AFP)
“There can be no dispute that the actions undertaken by the defendant are extremely grave and dispicable,” the judges wrote in their decision. “On the other hand, the plea bargain takes into account the defendant’s confession, which entails an acceptance of responsibility for his actions; the positive assessment of his commanders; the fact this is a common phenomenon in the unit—with the incident in question being an expression of the same phenomenon; and the fact that the complainant has given his consent to the agreement.” "The actions carried out by the defendant, beyond the bodily harm caused to the cadets, severely hurt their dignity as people and as those serving in a hierarchical system,” the judges explained. “The defendant abused his authority to a forbidden end, which has no place in the base. A commander on a course is expected to care for his subordinates and ensure that their needs are met,” they judges continued. In addition, the judges subtly criticized the IDF's Criminal Investigation Division (CID), claiming the case revealed evidentiary difficulties despite the defendant's admission of the acts. “I am sorry for my actions. It was a mistake done early in my army service. This is what I was taught. It should not happen, neither in the army nor in civil life,” Cpl. R told the judges. “My motivation to return to service is high. I ask that I be permitted to return to my original job upon completion of my punishment, and I aspire to be accepted into officers’ course,” he added.