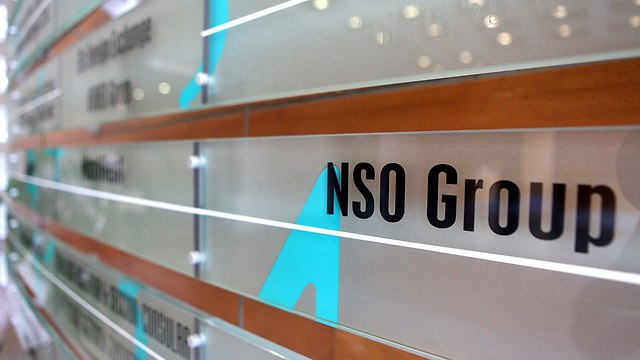 Lawsuits filed in Israel and Cyprus indicate that The United Arab Emirates used Israeli NSO's software to spy on Qatar, Saudi Arabia, and journalists. According to a New York Times report, the software turns mobile phones into surveillance devices.

The rulers of the United Arab Emirates have used Israeli intelligence gathering software for over a year, and may have used it to spy on the Qatari and Saudi royal family, the New York Times reported Friday.

According to the report, through the Pegasus program of the NSO group (NSO Technologies Ltd.), whose main office is located in Herzliya, Abu Dhabi has transformed home-based smartphones belonging to opponents of the regime and officials in rival countries, into surveillance devices.

According to The New York Times, after the company offered Abu Dhabi an expensive software update, customers asked if the software could be used to record calls made by Qatar's ruler, a Saudi prince who served as the head of the National Guard, and editor of an Arab newspaper published in London.

Lawsuits filed against the company in Israel and Cyprus state that NSO group sent UAE two recordings of phone calls made by the senior Arab journalist Abdulaziz Alkhamis. Alkhamis confirmed this week that he had carried out these talks without knowing that he was being monitored.

NSO group now faces lawsuits claiming it committed illegal espionage. The lawsuits were filed by a Qatari citizen, and five Mexican human rights activists and journalists who claim the company hacked into their phones. In their lawsuit, the five Mexican journalists and human rights are demanding NIS 2.5 million in compensation from the NSO and have asked the court to issue an injunction against the company.

Mutaib II bin Abdullah, a Saudi prince who served as the head of the National Guard (Photo: AP)

A similar lawsuits filed in Panama revealed that the President of Panama used NSO's software to spy on political enemies and critics.

The lawsuits in Israel were filed by attorney Alaa Mahajna and Mazen Masri, a senior lecturer in law at the City University of London.

NSO group claims that they only sold the software to governments' officials after they committed to only using the software against criminals.

A correspondence reveled in the lawsuits indicates that the UAE asked the Israeli high-tech company to hack into the cellphone of Sheikh Tamim bin Hamad Al Thani, the current Amir of Qatar, in 2014.

The United Arab Emirates also asked NSO to hack into the cellphone of Saudi monarch Mutaib II bin Abdullah, who was once considered a potential candidate for the crown and served as commander of the National Guard.

The lawsuits also show that Abu Dhabi has used the software to spy on 159 members of the Qatari royal family. In addition, email correspondence reveal that the emirates also wanted to eavesdrop on phone calls made by former Prime Minister of Lebanon, Saad Hariri.

The technology operates by sending text message to the targets' cellphones, in order to persuade them to click the link attached.

These messages are specifically designed for each target. A message sent to a Muslim official, for example, read "Ramadan is right here—amazing discounts."

When the target clicks the link, the software is secretly installed and can track phone calls, emails, contacts, and perhaps even face-to-face conversations held nearby.

According to The New York Times, the NSO group as well as the Emirati Embassy in Washington declined to comment on the report

Since NSO's technology offers offensive cyber tools, the company is under the supervision of the Ministry of Defense. In the past, as revealed by Ronen Bergman in Yedioth Ahronoth, the Defense Export Controls Agency (DECA) has granted NSO a license to sell its espionage program, Pegasus, to a private company in an Arab state. NSO is an Israeli company founded in 2010 by Niv Carmi, Omri Lavie, and Shalev Hulio. Among its developer are veterans of the elite units of the intelligence community. Since 2014 it is owned by the US investment fund "Francisco Partners Management" and operates mostly under the radar.