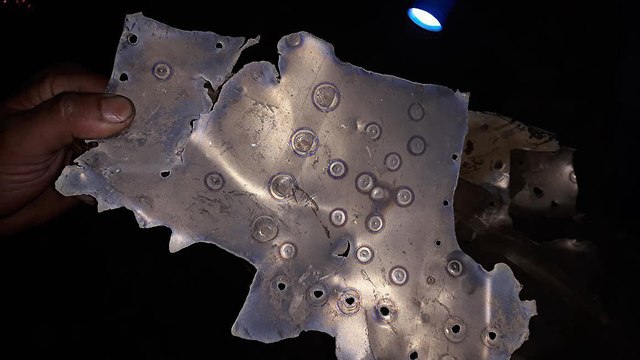 IDF sorry for loss of Russian life in Syria attack

While IDF accepts responsibility for attack on Latakia after initially remaining silent, army says it holds Syria and Iran responsible for forcing Israel to launch strike that triggered Syrian air defense systems and downed a Russian plane, killing all 15 people on board.

Israel expressed regret on Tuesday for the loss of 15 Russian lives that was caused the previous evening when Syrian air defense downed a Russian plane while trying to intercept an airstrike launched by Israel, which claimed responsibility for the attack after originally maintaining silence.

Despite causing anger in Moscow, which vowed a “measured response” against what it described as Israel’s “deliberate provocation” strike which it said deliberately endangered Russian aircraft, the IDF insisted that the Syrian regime ultimately bore responsibility for the loss of life.

“Israel views Iran and Syria as full partners in the result of this sad incident,” the IDF said in a statement.

Prime Minister Benjamin Netanyahu and Defense Minister Avigdor Lieberman did not immediately issue any statement on the matter.

Earlier on Tuesday, the Russian Defense Ministry denounced Israel’s attack on the Syrian city of Latakia, that resulted in a Syrian response which accidentally downed a Russian plane.

Russian Defense Minister Sergei Shoigu spoke to his Israeli counterpart, Avigdor Lieberman, and told him Moscow holds Israel wholly to blame for the shooting down of the Russian plane, Russian news agencies reported.