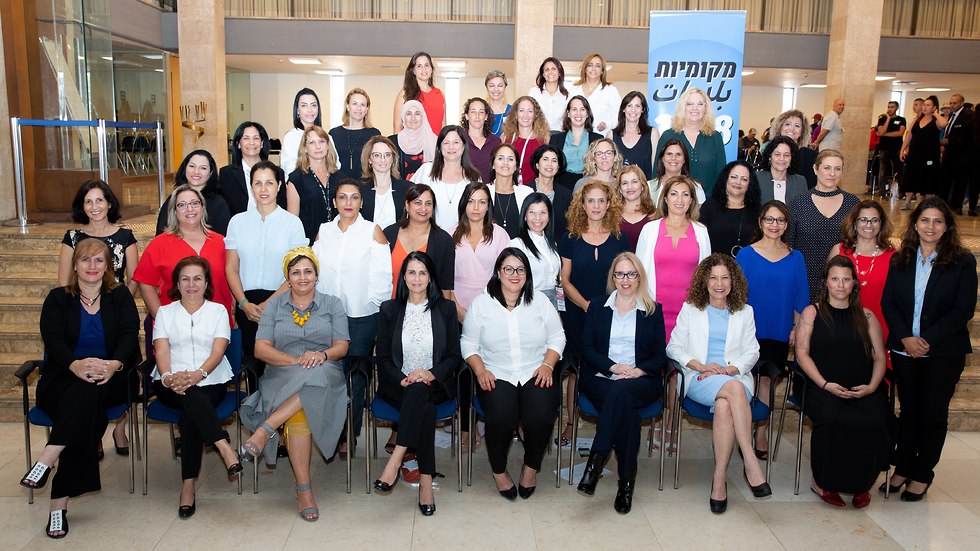 Female politicians make history this week with a record of at least 11 women chosen to head cities and local councils across the country; despite promising results, analysts argue that female representation in local politics remains quite low.

Female politicians made history this week in Israel with a record of at least 11 women chosen to head cities and local councils across the country, five more than in the previous municipal elections. Six additional female candidates will contest run-off votes in other councils and towns, where no candidate managed to reach the 40 percent threshold.

Elections were held in 251 authorities, among them 54 regional councils, 122 local councils and 75 municipalities across Israel. The number of women running for mayor and municipal council seats increased significantly: 72 women ran in total, compared to 41 five years earlier.

“We saw a much greater female presence these elections in the candidate lists of those running for mayor and also in local councils. It’s clear that this law helped; we’ve said for a while that 2018 would be the beginning of the revolution," Lavie said.

“We knew that if wanted to see a change soon, we needed to penalize those who don’t encourage women’s advancement,” the parliamentarian continued.

“It’s absurd that at the national level in parliament, we have one-third female representation and that this number is so much lower at the municipal level," she stressed.

Though the full effects of the law have yet to be determined, Lavie believes the initiative caused a major spike in the number of women who ran across the board. “The fact that these women put themselves out there as candidates is revolutionary in itself and paves the way for others to follow in the future,” she asserted.

Out of roughly 6.6 million eligible voters, more than 60% cast a ballot—a 10% increase in turnout over 2013—a development some ascribe to another new law that gave workers the day off to vote.

Despite the boost in female representation and the record number elected, only about 10% of the total candidates were women. While 57 vied for mayoral offices, 665 men did the same; in local councils 14 women ran versus 119 men; and as regards the more numerous municipal seats, 3,975 women ran as opposed to 13,478 men.

Labor Party candidate Dr. Einat Kalisch Rotem made history by winning in the northern city of Haifa, becoming the city’s first female mayor as well as the first-ever Israeli woman to lead a major metropolitan area.

Another huge upset took place in Beit Shemesh, where religious-Zionist candidate Dr. Aliza Bloch was victorious by just a few hundred votes over incumbent Moshe Abutbul. Located close to Jerusalem, the result was surprising given the city’s large ultra-Orthodox population that has made headlines in recent years over attempts to enforce modesty rules and gender-segregated seating on public buses.

Female candidates also made strides in other places, with Tal Ohana becoming the first woman to lead the southern city of Yeruham. Meanwhile, Miriam Feirberg-Ikar, who has held office for the past 20 years in Netanya, was re-elected for a fifth term despite facing an ongoing graft probe.

Aida Touma-Sliman, a member of the Israeli parliament for the Joint Arab List who is also chair of the Committee on the Status of Women and Gender Equality, believes the results point to a significant change in public perception of women in local politics.

“I believe women have had a shift in consciousness and see that they can shatter the glass ceiling,” she asserted, noting that Arab women were beginning to step up to the plate as well. “In these elections, there was a significant improvement in (Arab) women’s participation.”

The lawmaker—who also founded the Women Against Violence Association which aims to advance the status of women in Israel’s Arab sector—nevertheless conceded that conservative socio-cultural norms in Arab towns and villages mean that political opportunities for women remain relatively limited.

“In the Arab sector, people are often elected based on their families or other kinds of tribal connections,” Touma-Sliman affirmed. “But I think women in general wishing to enter (local politics) also face financial challenges. They are not encouraged to get involved at the municipal level.”

Though Lavie and Touma-Sliman agree that the election results are encouraging for women, Dr. Ofer Kenig, a Research Fellow in the Political Reform Program at the Israel Democracy Institute, contends that there is much room for improvement.

“This number still (represents) a very, very small share of the 251 local authorities in Israel,” he stressed. “We’re talking about 5 or 6% of all mayors who are female. It may be a good sign, but it’s only the start of a long process and hopefully the success of (these) women could pave the way for more to enter the scene.

“If we look at local politics in particular the perception is that it is kind of a jungle, aggressive and masculine,” Dr. Kenig concluded.

Beyond the local level, female politicians achieved two other milestones. The Israeli parliament will soon have a record 36 female lawmakers (out of 120), when Osnat Mark (Likud) replaces Jackie Levy (Likud), who was elected as mayor of Beit She’an.

Finally, Amira Oron was named ambassador to Egypt, the first woman to hold the position since the two countries established full diplomatic relations in 1979. Oron will be the second woman to serve as an Israeli envoy to an Arab country, following Einat Schlein’s appointment as ambassador to Jordan in 2015.