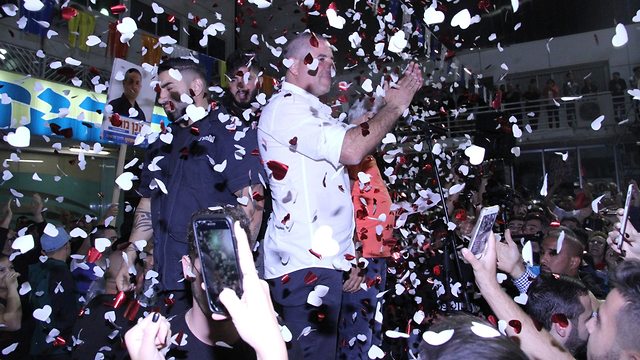 According to data published by the Interior Ministry, the voter turnout among rich people in the municipal elections was lower than among poor people; voting rates in the periphery were higher than in the center of the country.

According to data published by the Ministry of Interior, voting rates in the Arab and Druze sectors were significantly higher than in the Jewish sector for the municipal elections held on Tuesday.

The data, which is yet to be finalized, also shows that citizens whose socio-economic status is low vote in higher rates than citizens whose socio-economic status is high, people residing in small municipalities cast their vote in the ballot box more than those living in big municipalities, and that the voting percentages in the periphery are higher than those in the center of the country.

In the Arab and Druze sectors, the voting rate was 84%, as opposed to 55% in the Jewish sector. Studies show that the Arab citizens are interested in local politics, since they consider it the only framework for their political, social and economic development.

However, most of the Arabs residing in east Jerusalem, who are permanent residents and not citizens, therefore have the right to only vote in the municipal elections and not for the Knesset, regularly boycott local elections, and this time was not any different.

The lowest voting rate of 48% was noted in the biggest municipalities in Israel.

Moreover, the data indicates that more people vote in councils than in municipalities; in local councils the voting rate was 77%, while only 66% voted in the regional councils and 54% fulfilled their civic duty in the cities.

The voter turnout in the northern district was the highest, with 73% casting a ballot. In the West Bank, some 70% voted, 62% in the southern district, 59% in the central district, 57% in the Haifa district, 49% in the Tel Aviv district, and the lowest voting rate was noted in the Jerusalem district.