The Tel Aviv scene of the murder of the 13-year-old Silvana Tsegai
Photo: Amit Shaal 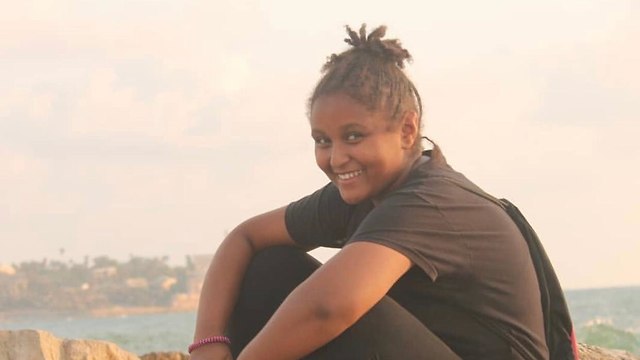 An Eritrean man was indicted Thursday for the rape and murder of his ex-wife's 12-year-old daughter in Tel Aviv in November.

Tesfatsion, who was married to Silvana Tsegai's mother for two years, was charged in Tel Aviv District Court with murder, the rape of a minor, aggravated assault, making threats, and obstruction of justice. Silvana and her mother were asylum seekers, also from Eritrea, living in the Hatikva neighborhood of Tel Aviv. At the time of her murder, Silvana and her mother were planning to leave Israel, which Tesfatsion was against.

Tesfatsion arrived in Israel from Eritrea in 2010. He was married to Silvana's mother for two years, but the relationship ended due to his alleged physical abuse.

After the two divorced and Tesfatsion moved out of their apartment, he reportedly tried to persuade his former wife to resume their relationship. But she allegedly grew afraid of his obsessive behavior, changed the locks to her apartment, and asked her neighbors to keep the entrance to the building locked and to not let Tesfatsion in.

Several days Silvana's death, Tesfatsion began stalking his former wife, the charge sheet says. Two days before the murder, he allegedly broke into the apartment while Silvana was home alone. She called the police after he apparently took some items and left.

The indictment claims that on the day of the murder, knowing Silvana would be home alone, Tesfatsion climbed onto the roof of the building adjacent to the family home, where he waited her to return from school. He allegedly entered the apartment when he realized the door was open.

Accused murder Tesfabran Tesfatsion in court in Tel Aviv, December 27, 2018
According to the indictment, Tesfatsion began chocking Silvana, knocking her onto the bed. The girl allegedly attempted to fight him off before he raped her and strangled her to death. Before leaving, the indictment says, Tesfatsion locked the apartment and the entrance to the building, taking the girl's keys and phone to ensure that she would not be able to call for help.

Silvana's mother rushed home after failing to reach her daughter on the phone, where she found Silvana's body.

In an attempt to dispose of the evidence, the charge sheet says, Tesfatsion discarded his pants and underwear, and hid Silvana's phone and keys. After a two-day manhunt, the police located him in Tel Aviv's Carmel Market.

Tesfatsion's attorney Nir Alfasa said: "The indictment points to a complex relationship, which ended with a tragedy. The defendant denies any involvement in the minor's death."