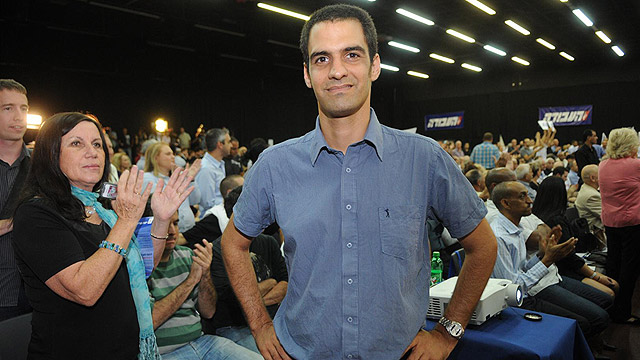 Green Leaf claims social media giant approved their promotions in order to avoid litigation, but then deleted party's account as way of silencing them.

Israel's pro-marijuana legalization party, Green Leaf (Ale Yarok), is threatening to sue Facebook after it removed one of its publicity campaigns from the social media platform.

Green Leaf's lawyer sent a letter to Facebook explaining that in October 2018, the party launched a publicity campaign on the social media platform in order to raise funds for a High Court appeal over Israel's cannabis laws.

Dekel Ozer (Photo: Yaron Brener)
As part of this campaign, the party paid for 15 adverts on Facebook for a total sum of NIS 11,500 (some $3,000). Facebook refused to run some of the ads maintaining that they encouraged drug use, but later retracted the decision and allowed the adverts to run. But, says Green Leaf lawyer Dekel Ozer, “10 days before the campaign ended, Facebook suddenly decided to delete the account created for the campaign, telling me that they didn’t like my business model. So ... we opened a new account with material advocating for the Green Leaf Party, and Facebook blocked that account as well." Ozer says that Facebook wanted to avoid litigation for blocking advertising content, so agreed to run the ads but then deleted the account instead. He believes that Facebook’s policy could seriously harm the party ahead of the April elections, where Green Leaf will be up against major parties with vast advertising budgets and social media presence. The party is now working with the Clinic on Digital Rights and Human Rights in Cyberspace at the Hebrew University of Jerusalem, in an effort to overturn Facebook’s decision and have their campaign restored. They are also seeking NIS 50,000 in damages and a pledge from the social network that it will not block Green Leaf ads in the future.

Asked whether Facebook opposes the legalization of cannabis, Ozer said that the organization was only interested in its own interests.

“Facebook isn’t interested in advancing legalization," he said. "It is apparently an internal policy. In addition, as a technology company, it is easier for them to act square and the moment they see the word cannabis — they just block it.”