Coral reefs in the Gulf of Eilat
Photo: Nature and Parks Authority 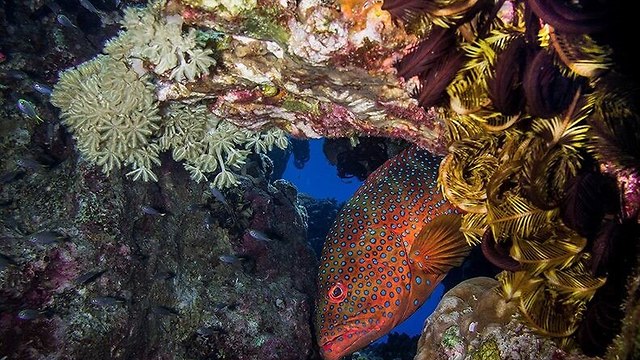 Does Israel hold the key to saving the world's coral reefs?

As the population of corals across the globe decreases due to climate change, the reefs found in the Gulf of Eilat seem to have remarkably adapted to the hot temperatures, possibly making the only place on earth where this underwater ecosystem will likely survive.

While the coral reefs are dying out in most parts of the world due to devastating effects of climate change, they appear to have adapted to the scorching temperatures of the Gulf of Eilat in southern Israel, thriving to the astonishment of the scientists.

A recent study published by the Journal of Experimental Biology reveals that the spawns of the fully formed corals in the Eilat waters of the northern Red Sea, inherited the same genetic imprint responsible for hot weather adaptation, making the gulf one of the few places on earth where the this underwater ecosystem will continue for years to come in the face of the deteriorating climate change.

Coral reefs in the Gulf of Eilat (Photo: Nature and Parks Authority)

The study was conducted by researchers at the laboratory of Prof. Maoz Fine of the Faculty of Life Sciences at Bar-Ilan University, as well as scientists from the Swiss Federal Institute of Technology (EPFL).

The unique aspect of Prof. Fein's research is that it examines the impact of climate change on reproductive processes of the coral reef population, as opposed to the examination of various life stages of an adult coral.

Coral reefs in the Gulf of Eilat (Photo: Nature and Parks Authority)

"Although world's reefs are in a very bad state, the reefs of the northern Red Sea and particularly the Gulf of Eilat are in a relatively good shape," said Prof. Fine. “In recent studies we have tried to explain the phenomenon and found that fully formed corals are immune to high temperatures at five to six degrees above the summer daily maximum. This is wonderful news, because in other places the reefs turn white when the temperature rises even two degrees above the maximum.”

Prof. Fein said the reefs he had examined in his study represent the genetic imprint of the next generation of coral reefs in the region.

“This guarantees us many years of quiet. Which in a way is an insurance certificate, compared to any other parts of the world, and it’s possible the coral reefs of the Gulf of Eilat will be the only ones left in the world,” he said.

But, says the professor, the chances of successfully resettling the corals in other habitats across the world are slim due to varying ecological conditions.

"There are coral reefs in the Australian region, which are bigger in size than some countries,” said Fine. “It’s better to preserve what we already have because the ecological services that corals provide humans are enormous. In addition, the reefs provide natural resources, raw materials for pharmaceuticals and even food sources."