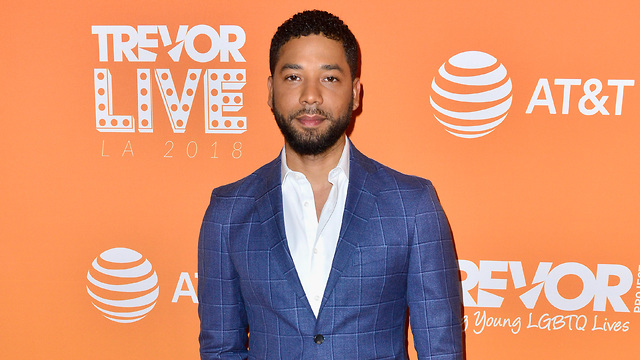 Jewish, black and gay actor Jussie Smollett was charged Wednesday with making a false police report, after he had told Chicago police last month that two men physically attacked him and yelled racial and homophobic slurs at him.

The whispers about "Empire" actor and R&B singer started with reports that he had not fully cooperated with police after telling authorities he was attacked in Chicago by two men who hurled racist, anti-gay slurs and looped a rope around his neck. It was later reevaled that detectives in a city bristling with surveillance cameras could not find video of the beating.

Following three weeks of mounting suspicions, charges against Smollett could bring up to three years in prison and force the actor, who is black and gay, to pay for the cost of the investigation into his report of a January 29 beating.

In less than a month, the 36-year-old changed from being the seemingly sympathetic victim of a hate crime to being accused of fabricating the entire thing.

In a statement, attorneys Todd Pugh and Victor Henderson said Smollett "enjoys the presumption of innocence, particularly when there has been an investigation like this one where information, both true and false, has been repeatedly leaked."

Smollett, who plays a gay character on the hit Fox television show, said he was attacked January 29 as he was walking home from a downtown Subway sandwich shop. He said the masked men beat him, made derogatory comments and yelled "This is MAGA country" -- an apparent reference to President Donald Trump's campaign slogan, "Make America Great Again" -- before fleeing.

After reviewing hundreds of hours of video, detectives did find and release images of two people they said they wanted to question and last week picked up the suspects at O'Hare Airport as they returned from a visit to Nigeria. Police questioned the men and searched their apartment.

The two suspects are brothers, who were identified by their attorney as Abimbola "Abel" and Olabinjo "Ola" Osundairo, and were held for nearly 48 hours on suspicion of assaulting Smollett.

The day after they were released, police said the men provided information that had "shifted the trajectory of the investigation," and detectives requested another interview with Smollett.

Smollett has been active in LBGTQ issues, and initial reports of the assault drew outrage and support for him on social media, including from Sen. Kamala Harris of California and TV talk show host Ellen DeGeneres.

Referring to a published account of the attack, President Donald Trump told reporters at the White House that "it doesn't get worse, as far as I'm concerned."