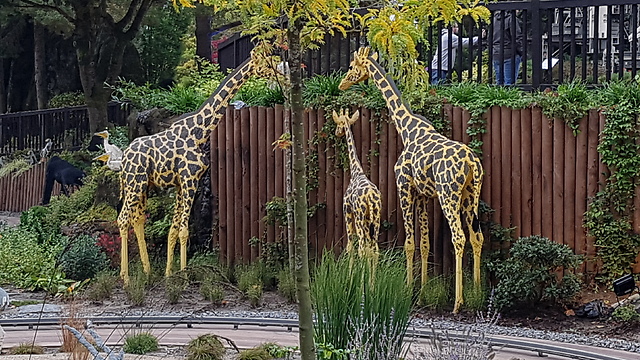 CEO of Danish toy company says Lego aiming to accelerate market growth are with toy sector reportedly worth $4 billion in 2018, by 'putting people on the ground in Dubai who can develop the region further.'

Danish toy manufacturer Lego is opening offices in Dubai as it seeks to capitalize on an expected surge in the youth population across the Middle East and North Africa (MENA). There are presently six Lego stores in Dubai, as well as several more in Abu Dhabi, Kuwait and Bahrain. “The decision is in line with our strategy to expand our global presence to reach as many children in as many countries as possible and reinforces our commitment to inspire and develop the builders of tomorrow,” said Ryan Greenwood, Senior Director of Corporate Communications at Lego. “The region holds (both) short- and long-term potential.

“By 2028, it’s estimated there will be 125 million children aged between 0 and 14 years in (MENA),” Greenwood said, adding that he was not at liberty to share targeted financial information.

Lego CEO Niels Christiansen recently told reporters that the company is aiming to accelerate market growth in MENA by “putting people on the ground in Dubai who can develop the region further.”

According to the Trade Arabia business website, the toy sector in the Middle East was valued at $4 billion in 2018.

A report by the Research and Markets website predicts the global toys and games market will grow at a CAGR (Compound Annual Growth Rate) of 3.41% between 2018 and 2023. The study indicates that the market for traditional toys has slowed in North America and Europe where smart phone applications and other video games are more prevalent.

Lego HQ in Billund, Denmark (Photo: Ran Rimon)
“Looking to the future, the Middle East, Asia, and Africa represent the most significant growth opportunities for the entire toy sector,” says Steve Pasierb, CEO and President of the United States Toy Association. “Toy sales and interest in quality playthings continues to expand among families in these regions with no slowdown anticipated. Future growth in sales will track in concert with the birth rate and expanding middle class affluence. “The positive demographic and economic expansion underscore the opportunity for toy companies in the decade ahead,” he said, adding that North America still remains the world’s largest toy market, generating some $28 billion in annual sales.

Lego HQ in Billund, Denmark (Photo: Ran Rimon)
Founded in 1932 in Denmark by Ole Kirk Christiansen, Lego has in recent years expanded its business model to include amusement parks, films and video games.