A protest in Tel Aviv against delays in the decision about the surrogacy law
Photo: Motti Kimchi 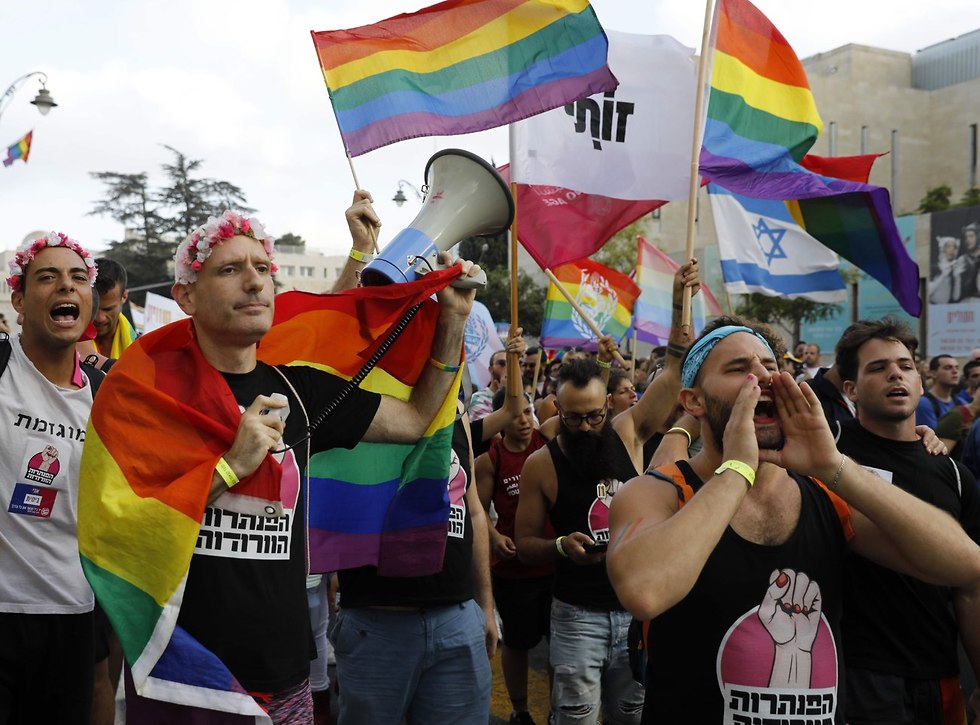 For the first time in history, a state entity is offering its employees support for the extremely expensive procedure, which is denied to gay men in Israel by law

The Jewish Agency announced Sunday it will offer a NIS 40,000 loan to employees seeking to have a child by a foreign surrogate, becoming the first state entity in Israel to give such grants to single parents and members of the LGBT community.

At present, Israeli law does not allow gay men in a relationship or single men who wish to become fathers the opportunity to pursue surrogacy parenthood in Israel. Therefore, they must spend hundreds of thousands of shekels in order to complete the entire process abroad — usually in the US or in southeast Asia.

Announcing the plan, the Jewish Agency said it aimed “to ease the financial burden employees face during the surrogacy process, and express our support of them during this complex ordeal.”

The loan offered by the agency will help staff navigate the pricey bureaucratic and medical procedures before and during the pregnancy. Furthermore, the Jewish Agency declared all children born through surrogacy to embassy emissaries will receive all due rights that non-surrogate children receive.

The Jewish Agency employs 1,250 workers — of whom 450 are emissaries who hold positions around the globe, where they work to connect the Jewish Diaspora to Israel.

Jewish Agency Chairman Isaac Herzog, who initiated the decision, said “it has a symbolic value, as it represents the organization’s agenda of equal rights for all men and women who wish to fulfill their right to parenthood, regardless of their gender or sexual preference.”

“The Jewish Agency is one big family, in which everyone is equal,” he said.

In July 2018, Israel passed a surrogacy law that deliberately excluded gay men. Prime Minister Benjamin Netanyahu was criticized for voting against the proposed amendment to the law submitted by fellow Likud lawmaker Amir Ohana, which called for the inclusion of single fathers.

Etai Pinkas, a Tel Aviv City Council member who launched a court appeal to allow surrogacy for same-sex parents, said the Jewish Agency’s decision “preempts any state decision (on the matter), and we hope the Israeli government will follow in the agency’s footsteps and allow the LGBT community its right to a family, love and equality.”

Pinkas also thanked Herzog for his commitment to LGBT rights throughout his public career.

“We are all awaiting the court ruling (about LGBT surrogacy rights), it should be any day now,” said Pinkas.

Oz Parvin, head of the Gay Fathers organization, also praised the Jewish Agency and said he hoped more organizations would offer similar assistance to their staff.

“I’m happy and hopeful, I hope more Israeli public organizations will follow (this decision) and give loans to facilitate this extremely expensive process, in the same way that private sector organizations do. But most of all, I hope that the Israeli government will allow us to go through this procedure in Israel.”