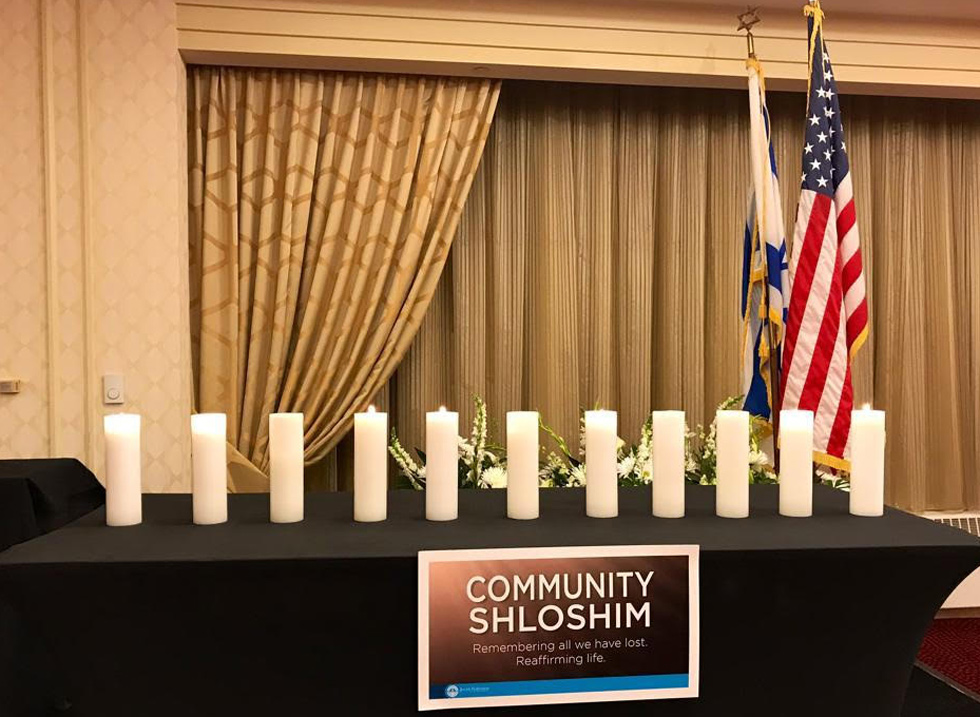 Advocates of the Second Amendment are promising a swift legal challenge if the city’s latest effort to regulate firearms becomes law.

The Pittsburgh City Council gave initial approval Wednesday to gun-control legislation introduced in wake of the 2018 synagogue massacre, an effort certain to be challenged in court by Second Amendment advocates who point out that state law doesn’t allow municipalities to regulate firearms.

The legislation would place restrictions on military-style assault weapons like the AR-15 rifle that authorities say was used in the Oct. 27 rampage at Tree of Life Synagogue that killed 11 and wounded seven. It would also ban most uses of armor-piercing ammunition and high-capacity magazines, and would allow the temporary seizure of guns from people who are determined to be a danger to themselves or others.

A memorial for those murdered in Pittsburg synagogue

The council voted 6-3 to approve the bills, with a final vote scheduled for April 2.

“I have never understood why anyone needs an assault weapon unless they are on the field of war,” gun-control supporter Tim Stevens, of the Black Political Empowerment Project and Greater Pittsburgh Coalition Against Violence, told council members ahead of the vote.

The three-bill package — proposed not long after the deadliest attack on Jews in U.S. history — was watered down last week in an effort to make it more likely to survive a court challenge.

State law has long prohibited municipalities from regulating the ownership or possession of guns or ammunition. While one of the Pittsburgh bills originally included an outright ban on assault weapons, the revised measure bars the “use” of assault weapons in public places. A full ban on possession would only take effect if state lawmakers or the state Supreme Court give municipalities the right to regulate guns — which even the bill’s boosters say is an unlikely prospect in a largely rural state where legislative majorities have been fiercely protective of gun rights.

“It’s an uphill battle, but we’re trying to look at every angle to get a win,” Democratic Councilman Corey O’Connor, a co-sponsor, said in an interview ahead of the vote. He added: “It’s time to fight back against this senseless violence.”

Pro-gun advocates cast the amended legislation as an attack on the right to bear arms and said they will immediately file suit if the City Council approves the bills.

“All of it’s illegal. Pennsylvania preemption law says that no municipality, period, may in any manner regulate. And that’s at the heart of what they’re doing,” said Kim Stolfer, president and co-founder of Firearms Owners Against Crime.

Allegheny County District Attorney Stephen Zappala Jr., a Democrat, told city council members in January that while he understood their desire to curtail gun violence, their proposed remedies were unconstitutional. A spokesman said Zappala had not seen the revised legislation, and declined comment on its merits.

Pittsburgh and its larger counterpart to the east, Philadelphia, have tried before to enact gun legislation, with mixed results.

Both cities passed assault-weapons bans in 1993. The state Legislature quickly took action to invalidate the measures, and the Pennsylvania Supreme Court ruled that city officials had overstepped.

Philadelphia tried again in 2008, enacting limits on gun purchases and another ban on assault weapons. The state Supreme Court threw out both ordinances, but ruled the city could enforce three other measures: one that requires people to report lost or stolen firearms; another that empowers police to seize guns from people posing a risk to themselves or others; and a third that bans gun ownership for anyone subject to a protection-from-abuse order.

Pittsburgh has had its own lost-and-stolen law for more than a decade, but it’s never been enforced. Tim McNulty, a spokesman for Democratic Mayor Bill Peduto, said the city is reconsidering that stance in the wake of the synagogue massacre and a recent announcement by Philadelphia District Attorney Larry Krasner that he intended to begin enforcing that city’s lost-and-stolen ordinance.

Peduto, who has long advocated for stricter gun laws, has thrown his weight behind the new legislation.

“Pittsburgh owes it to those murdered at Tree of Life and countless others living in fear of gun violence every day in city neighborhoods to take this cause on,” McNulty said.

Second Amendment attorney Joshua Prince, who represents Stolfer’s pro-gun group and has won a string of victories against Pennsylvania municipalities that enacted gun measures, called the latest Pittsburgh effort to restrict firearms “political grandstanding” and predicted it will fail.