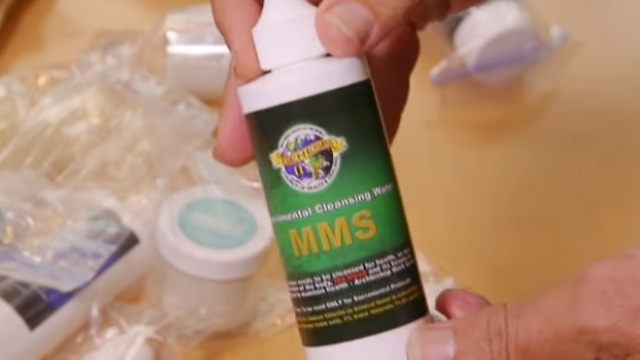 MMS, marketed by American sect called Genesis II the Church of Health and Healing, claims to be a revolutionary and successful treatment for severe illnesses including HIV, malaria all forms of cancer

A so-called "wonder drug" now being promoted in Israel as a cure for autism is actually chlorine dioxide, better known as bleach.

This "miracle cure" was created by an American sect calling itself Genesis II the Church of Health and Healing, which alleges it can successfully treat 95% of illnesses in the world.

The group claims the liquid - known as Miracle Mineral Solution or MMS - can cure autism, all cancers, diabetes, malaria, HIV and more.

But health professionals in Israel have raised the alarm about MMS, saying it was targeting the naive and the unaware.

"We have lodged a complaint with health authorities" says Yifat Mizrahi, a social worker and consultant with the Health Ministry whom, along with other activists, monitors social media looking for "charlatans trying to dupe the public and exploit ignorance."

She added: "As a mother of a child on the autism spectrum, I am especially outraged… This stuff cannot be allowed to be sold in Israel and authorities must stop it."

MMS claims by the church on social media

The Health Ministry said in response: "We have referred the matter to the committee dealing with misleading the public for their instructions on how to deal with it further. The ministry is also considering an official complaint with the police."

The Food and Drug Administration in the US has issued a warning to the public about MMS following reports that multiple people who ingested it were taken seriously ill.

The church is planning an event in Washington this weekend for the promotion of MMS, and all participants of the conference will be provided with it.