An inmate walks a dog in the Hermon Prison
Photo: SPCA 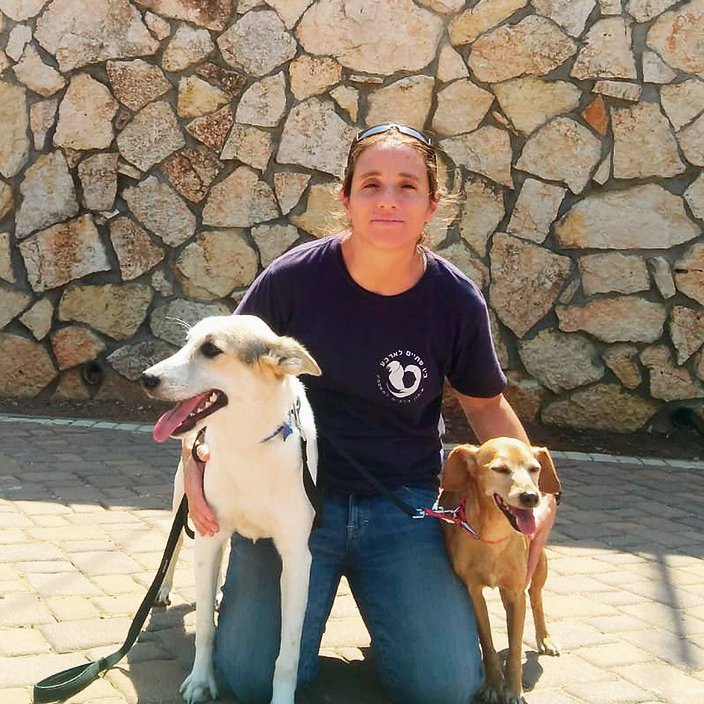 A new program pairs prisoners approaching release with abandoned pups, giving both a second chance in life; 'you were the child I never had," writes one inmate to his four-legged friend, who has since found a forever home

Efrat Nofech Keneri is a dog trainer who has harnessed the therapeutic nature of dogs to help autistic children and blind people.

But in the past year, Nofech Keneri has joined a unique program she never expected to come her way: working with inmates a short while before they were set to be released back into society, and matching them up with abandoned dogs who are looking for new homes.

The dogs and their new trainers spend four months together. The prisoners learn about the canine companion's likes and dislikes and take care of their needs.

Then, the dogs find their "forever home", after they have been trained. The full record of the training is handed over to the adoptive families by the prisoners who know their new pets better than anyone else.

The project is funded by a philanthropic orgainzation that wishes to remain anonymous, and by the Society for Prevention of Cruelty to Animals in Israel (SPCA).

The concept is American, but has been extremely successful in Israel, and a first group of five dogs and 10 people have recently graduated from the program in Hermon Prison. In June, eight more dogs will graduate from the program and are already on the market for a new home.

"Both the inmates and the dogs go through a process," says Nofech -Keneri. "Prisoners learn to notice someone else, to feed a dog, to take it for walks. These are dogs who have been abandoned, so some of them have trust issues, and that's often mutual."

An inmate walks a dog in the Hermon Prison (Photo: SPCA)
"The match making between a dog and a prisoner isn't up to the prisoners," says Nofech -Keneri. "Sometimes we'll give a strong tough guy with lots of tattoos a small dog," she laughs. "Sometimes they'll say, 'what's this rabbit that you've given me?' but soon after they learn that the dog has feelings and can be taught things. Even if they have a fantasy about a big tough dog, when they end up getting a small cute one, that everyone in the prison approach and pet, they melt." "We even have a dog with three legs," says Nofech Keneri. In the beginning, it stood out. Now, no one notices anymore.

Prisoners wrote about the experiences they had with their companions with kind, touching words.

"You were the child I never had," wrote one prisoner to Tobi, a mixed breed dog who arrived in the prison with his mother Sesame and seven other pups, all rescued from the streets of the city of Tira.

Tobi found a home after he graduated from the program. "He made me feel human," wrote his caretaker to the family who adopted his companion. "The dog didn't judge me. He was a clean slate."

An inmate and his dog at Hermon Prison

Nofech Keneri is delighted with the difference the program has made.

"Hermon is rehabilitative prison. People come here right before they get released, and they use to the program as an opportunity to work on themselves" she says.

The dogs benefit greatly from the program, says the trainer.

"It's a breakthrough in the world of caring for abandoned canines. Families get a trained dog, that knows how to communicate with people, and that makes the adoption more likely to succeed and the dog less likely to be abandoned again."

An inmate and his dog at Hermon Prison
Having dogs in prison has benefits for everyone, even the prison guards, says Nofech, and adds that prisoners who aren't a part of the program also have a lot to gain from the canine presence. "When there's a dog in the prison, the guards and prisoners have a more mellow interaction," Nofech Keneri says, concluding a successful first term of the therapeutic program.