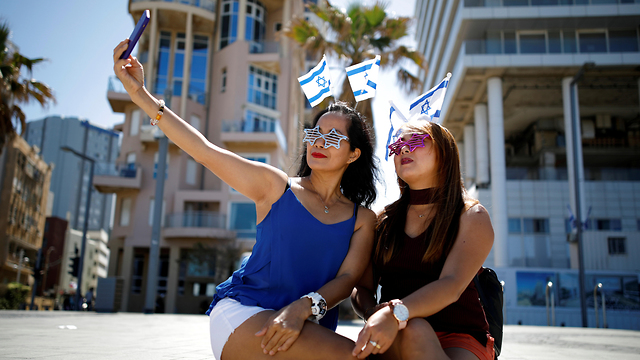 Israel celebrated 71 years since the country was founded as a haven for Jews following millenia of exile and oppression that culminated in the Holocaust.

The celebrations started as Israel transitioned from melancholy Memorial Day for fallen soldiers -- a bittersweet confluence meant to remind the state what was gained from the sacrifice of war.

This year, an escalation with Gaza militants threatened to overshadow the festivities but a cease-fire took hold on Monday.

Independence Day at the beach

120 outstanding soldiers at the President's Residence

PM Netanyahu at the Bible Bee

Revelers in the park

Someone has to clean up at the end of the day
Israel declared independence on May 14, 1948, but marks the holiday according to the Hebrew calendar. Palestinians commemorate it next week as the anniversary of their "nakba," or catastrophe, when hundreds of thousands were uprooted

when multiple Arab armies attacked the nascent State of Israel.