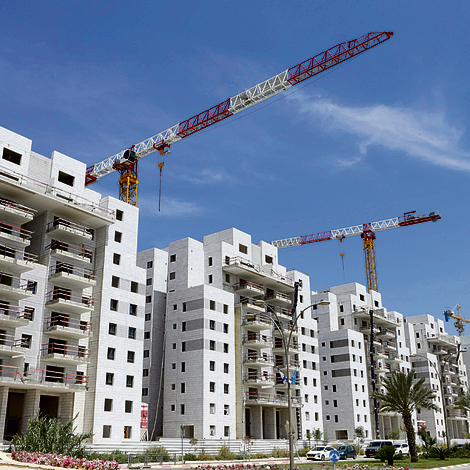 Religious parties set to demand exclusive rights to new neighborhoods of existing cities that will be separate from the rest of the urban area, but will still enjoy all the municipal features of those locations

The ultra-Orthodox parties are focused on the Housing Ministry and control of Israel's Land Authority as part of negotiations to join Benjamin Netanyahu's new coalition, indicating they will make new neighborhoods already being planned exclusive to the ultra-Orthodox community.

According to religious MKs, outgoing Finance Minister Moshe Kahlon's policy for subsidized housing, resulted in a shortage of homes for the ultra-Orthodox community, as it allowed all sectors of the population to benefit from reduced housing costs.

The ultra-Orthodox prefer to live in separate areas where they are not exposed to a non-religious population. However, cities and communities built exclusively for ultra-Orthodox residents, many of whom do not work and therefore do not pay taxes, are considered among the poorest in the country.

An ultra-Orthodox neighborhood of Ashdod

Two large residential neighborhoods being planned in Kiryat Gat and Yavneh, cities south of Tel Aviv, are to be built east of the existing city zone, separated from the city centers and other neighborhoods but still reliant on municipal services.

Planning commission meetings are currently held behind closed doors because residents are expected to resist separate areas for a large ultra-Orthodox influx, fearing it will ultimately result in a change to the character of their towns.