A fire started by incendiary balloon near the Gaza border
Photo: AP

Dozens of fires have been documented in the Israeli communities bordering the Gaza Strip in recent weeks. The IDF has refrained from responding, and its current policy is to contain the situation.

Meanwhile, 25 fires started in these communities on Thursday, and an incendiary balloon even landed on the doorstep of a house in Eshkol Regional Council. There were no casualties. 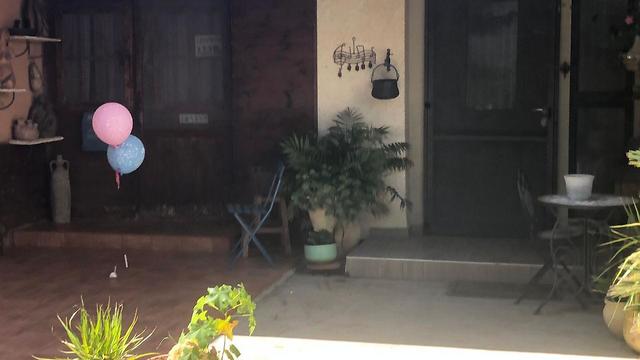 An incendiary balloon from Gaza reaches as far as a home in Eshkol Regional Council (Photo: Eshkol Regional Council)
Residents of the area are frustrated, both with the endless firebombs and the lack of a response from Israel. "The situation is unbearable, there is a daily war going on and the State of Israel is silent," said Itai Pachter of Kibbutz Kfar Aza. "The residents of the Gaza border area are prisoners in a security situation from which there is no escape."

Pachter added: "For more than a year we have been living with the terrorism of the fires and the situation is very frustrating. People are already indifferent to the situation. It will not end well." 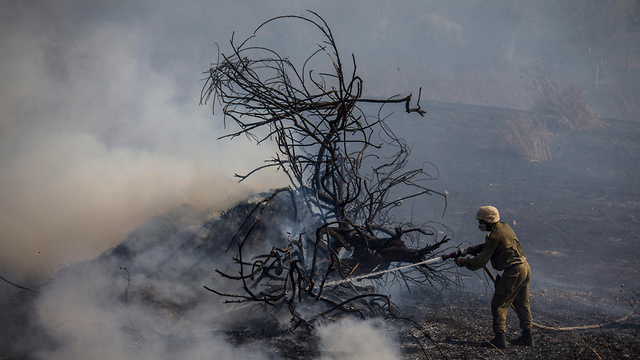 Blue and White MK Alon Shuster, the former head of Shaar HaNegev Regional Council, said: "(Prime Minister Benjamin) Netanyahu understands that the emotional and social strength of the residents of the area can withstand any test, and therefore, to him, finding a solution to the daily terror from the Gaza Strip is not urgent.

"As someone who serially refuses to take political action, he sees in Hamas a mirror image of himself, which allows him to maintain the current situation that is becoming impossible for the local residents." 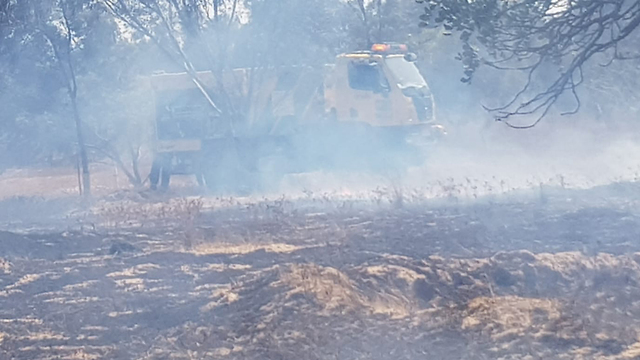 Fire at Kissufim Forest damaged caused by incendiary balloons sent from nearby Gaza
Eshkol Regional Council head Gadi Yarkoni sent the residents a message expressing his frustration with the government.

"From the point of view of the State of Israel, balloon terrorism is not a strategic threat and therefore policy is one of containment," Yarkoni wrote.

"I made it clear this week that this policy is bringing the balloon terrorism to our doorsteps and that the ongoing anarchy in the face of the security situation is eroding our strength."

The first fire of the day began at around noon, and three hours later, an incendiary balloon led triggered a blaze next to a sports hall in Eshkol, while children were present. There were no casualties.