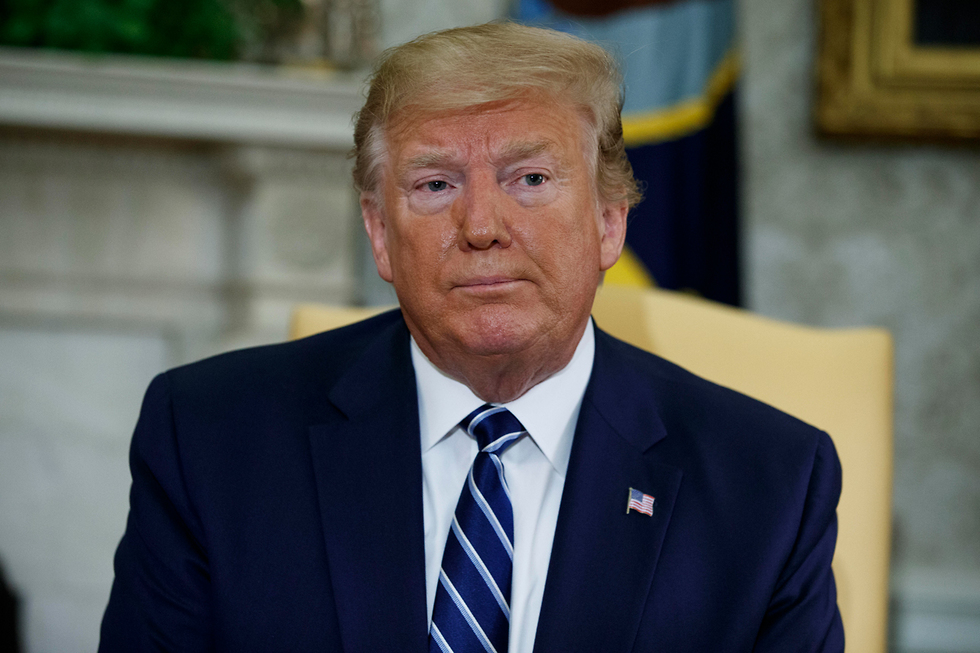 Making his international debut as Pentagon chief at NATO headquarters, Mark Esper urges countries to 'voice their opposition to Iran's bad behavior and to help us deter further provocative acts by improving maritime security' in the Gulf

Esper, at NATO headquarters in his international debut as Pentagon chief, also called for help moving tensions with Iran from a military path - which included Iran's downing of a U.S. drone last week and an aborted U.S. military response - to a diplomatic one.

"I discussed the need to internationalize this issue by encouraging NATO allies and regional partners to voice their opposition to Iran's bad behavior and to help us deter further provocative acts by improving maritime security," Esper told reporters after the closed-door discussions.

U.S. President Donald Trump's last-minute decision to call off planned strikes on Iran last week was the culmination of weeks of building military tension. Washington also accused Iran of being behind attacks on ships in the Gulf, which Tehran denies.

Washington's European allies, critical of Trump's decision to withdraw from a 2015 nuclear deal with Iran, have reacted with alarm in recent weeks, repeatedly warning both sides that a small mistake could lead to war.

The European allies told the gathering they wanted to see the United States and Iran de-escalate tensions, adding they would support all diplomatic efforts to do so, diplomats told Reuters.

The MQ-4C Triton drone shot down by Iran (Photo: EPA)

Esper said Washington was not looking for a war and instead sought European support for diplomacy.

"We do not seek armed conflict with Iran but we are ready to defend U.S. forces and interests in the region. No one should mistake restraint for weakness," Esper told reporters,

A NATO role in crisis?

Many allies supported Esper's overall message at the NATO gathering, a U.S. official said, speaking on condition of anonymity.

But France voiced concerns in the closed-door session about any possibility of a formal NATO role in the Iran crisis, a NATO diplomat said. French officials could not be immediately reached for comment.

Germany underscored the importance of Iran's 2015 nuclear deal with major world partners, calling it "the only thing we have," the diplomat said.

Reuters reported earlier on Thursday that Iran was on course to breach a threshold in its nuclear agreement with world powers within days by accumulating more enriched uranium than permitted, although it has not done so yet, diplomats said, citing the latest data from U.N. inspectors.

Esper said no NATO allies made any contributions on Thursday but noted that it was still "early days" as the United States develops options to deter potential attacks on commercial shipping. A NATO diplomat said no specific requests were made.

Washington was looking at options including broader maritime surveillance, as well as setting up a "picket-line of ships" to protect the international waterways, Esper told reporters. Escorts for ships also are an option.

"We have to flesh that out on our end and we'll see what makes most sense," Esper said.