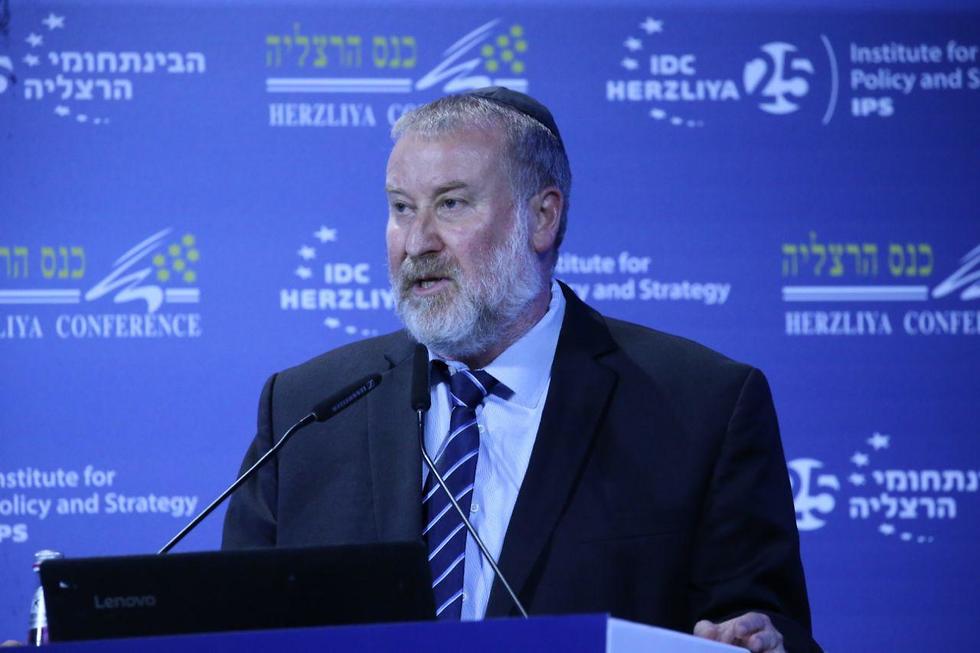 AG Mandelblit: no one is above the law

Attorney General Avichai Mandelblit said prosecutors and police are dedicated people carrying out their jobs. He said he was aware of the attempts to delegitimize them and their work but that will not work.

Speaking Sunday at the Institute for Policy and Strategy (IPS) Herzliya conference, attorney General Avichai Mandelblit said no one is above the law.

Mandelblit also added there is a destructive and dangerous assault on the judicial security of every citizen of Israel because if one person is above the law, who will be next and this is a slippery slope.

"It is important to remember Israel has one supreme court tasked with enforcing the law and protecting human rights, there is one AG who must advise the government how to carry out its policy within the boundaries of the law, there is just one police force tasked with protecting public safety and fighting crime. Weakening any of these will be damaging to every citizen and therefore to the sturdiness of Israeli society.

Regarding the expected pre-indictment hearing for Netanyahu expected in October, the AG said "there are some who already know what my decision will be because, they believe I will break by external pressure on me, I cannot be pressured and will make my decision independently on the basis of the evidence and the law."

Earlier in the conference, Knessett Speaker Yuli Edelstein referred to the prime minister's legal troubles and attempts to legislate an immunity bill that will prevent his prosecution, saying that will not happen and there will be no laws intended for any one person.