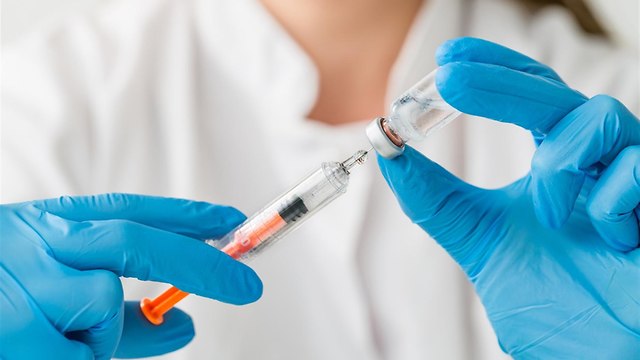 The parents were seen by the court as responsible and caring, but the judge ruled the benefits of an anti-Tetanus shot outweigh any adverse risk and imposed the right of the court to intervene

Family matters court has forced parents to inoculate their child with anti-Tetanus in landmark ruling stating that if parents persist in their refusal the police may be called to intervene.

The child was given the anti-Tetanus shot on Tuesday.

Illustration photo (צילום: shutterstock)
The one-year old child was injured by burns to his foot and was first treated by bandages and ointment. After a nurse referred the child to a doctor, he prescribed the shot.

Since the parents' consent was not given for the prescribed treatment the doctor reported the case to social services and local health authorities who involved the state prosecution after confirming the parents will not allow the shot to be administered.

In a filing with he Family Matters Court, social services wrote: "there is a need to administer the shot in light of the severity of burns the child is suffering from that may be infected by the Tetanus bacteria that are found in the area and can cause severe illness and even an 18% risk of death if treated properly and if untreated, has a 100% certainty.

An opposing view was also filed by a doctor representing the family who said any Tetanus bacteria present would have been burned by the same fire that injured the young child and therefore there was no need to inoculate.

In the filing the doctor also added that the wound was treated well initially, and nine days have passed with no signs of disease.

The judge ruled that he believes the parents want the best for their child but ruled against them saying: "I am not blind to the parents concern and their right to make determinations… but the child's best interest is before the court and the benefit of the Tetanus shot outweighs any risk it may carry." Adding the court must use its authority.