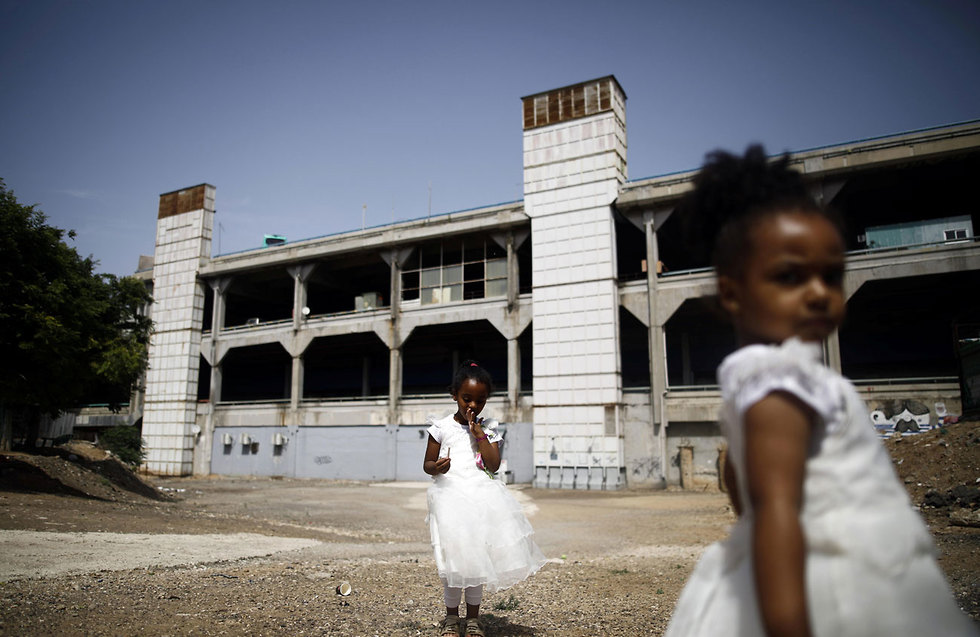 Dancers, musicians and circus artists use its free space to practice and perform, and the homeless are also drawn into its shadows while the station's diversity reflects the neighborhood, where a large foreign migrant population lives in mostly run-down apartment blocks

Opened in 1993 with hopes of rejuvenating one of its poorest neighborhoods, Tel Aviv's Central Bus Station is now commonly referred to as "the Monstrosity".

An urban development dream gone bad; the seven-story jumble of grungy corridors was once envisaged as a slick shopping center serving streams of commuters.

Instead, with many of its store fronts long shuttered, its labyrinth of passageways has given rise to an eclectic mix of commerce and culture.

Dancers, musicians and circus artists use its free space to practice and perform, and the homeless are also drawn into its shadows.

Dana Forer, 40, is a member of the Mystorin Theatre Ensemble which has made the building its artistic home.

"The Central Bus Station is a playground for imagination," she said. "I feel full of joy and creativity when we light up the dark spaces with our performance."

Tamar Lehman is a 32-year-old social counsellor for young adults who comes to the station to practice dancing and play her accordion.

"I felt this building is just like the people I work with - they may appear totally confused within themselves, not understood, bizarre, but the more you learn about the people and their inner structure you slowly become more familiar with their inner world, with all its craziness, and you see the beauty," Lehman said.

Merry Christ Palacios, 37, is a career from the Philippines who shops at the station and worships in its church.

"It's special because I can find everything we need to buy," she said, but added visitors need to be "very careful about their bag, cellphone, money and things" as they navigate the station's hallways.

"It's a place of adventure where you can meet a variety of people and be exposed to different cultures. Every time I walk through it, I can discover a new place that is completely different from the others."