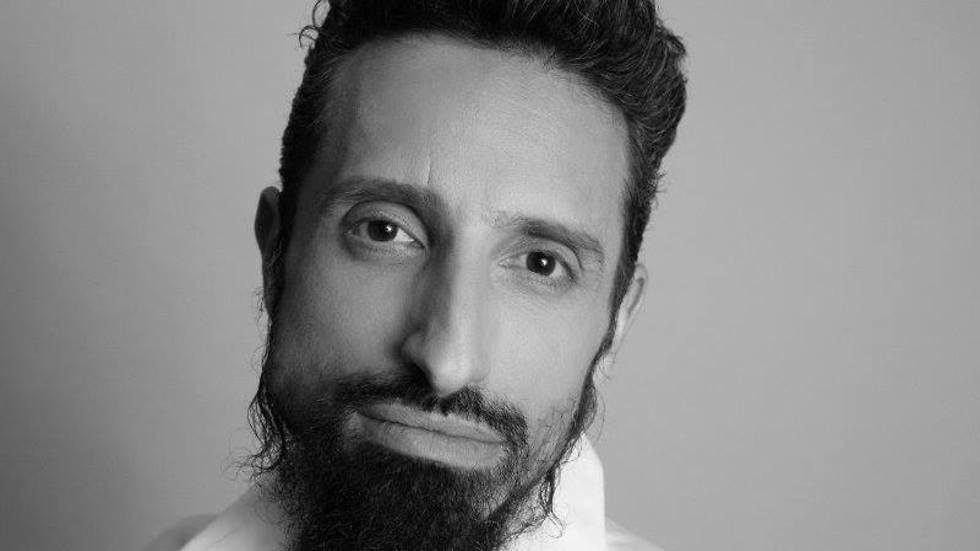 Israeli saxophonist and jazz singer Daniel Zamir was born to secular parents in Petah Tikva, but while studying at a prestigious New York university, he found a connection to the Jewish faith and returned to Israel as a reborn Jew, becoming the first Haredi musician in the genre

The jazz music that originated in the African-American communities of the United States over a century ago isn’t usually associated with the Jewish religion - and especially not with those in the community who are extremely devout.

But Israeli saxophonist and jazz singer Daniel Zamir is an exception to the rule. He was born in the central city of Petah Tikva and comes from a secular family, but it was when he left Israel he became enamored with the Jewish faith.

Zamir spent years studying in the prestigious New School university in New York City, which boasts such alumni as Shimon Peres, Marlon Brando and Bradley Cooper. It was in New York that the musician was discovered by the Jewish composer-saxophonist John Zorn, who signed Zamir to his record label and prompted his rise to jazz stardom.

Some years later Daniel signed a contract with the Israeli label "Hatav Hashmini,” prompting his to return to Israel - but this time as a reborn Jew. In this exclusive interview to Ynetnews, Zamir talks about his journey to Orthodoxy and the struggles of living life as an observant Jew in the world of show business.

You’re a successful musician in the field of jazz, what drew you to that genre, which some might say is less mainstream than it used to be?

First of all, jazz is indeed not at all mainstream. It is a form of music that enables the musician almost total freedom to express himself within the music.

It's deep, both spiritual and intellectual. I started playing jazz when I was studying the saxophone.

It was a very natural thing to do, as the biggest sax players played jazz of course.

You were raised in a secular family, what made you turn to religion? Has your love for jazz music or music in general contributed to that decision?

I would probably never turn to religion in Israel, as it is a very political issue here and also when I was growing up here, religion had a very bad reputation in the secular culture and media and suffered from very negative propaganda.

I turned to religion in the U.S., as I was undergoing a spiritual journey and once I dropped all the prejudices I had about it, and being in a "neutral" place, I was able to get all the beauty of it.

Is it difficult to operate in the challenging world of show business and remain an observant Jew? For instance, would you ever perform on Shabbat?

Yes, it's actually very challenging to fuse the music world with religion, as sometimes they clash.

But, I see it as my shlichus, my emissary, to bring the light of Judaism and the infinite beauty of music together.

I would never perform on Shabbat! So, I had to give up a few gigs because of that.

You get to perform all around the world, how does the international crowd react to your music and to seeing an observant Jew onstage?

It's actually pretty amazing I get messages from people all over the world and it's really awesome. The other night I broadcasted live on Instagram a show I played, and I got people from Iran thanking me.

(Recently) I got an email from this couple in Hungary they recorded a song of mine, called "missing here," the song is in Hebrew and they did all of it! It's incredible, I thank God for being in this position.

You spent several years in New York City, what made you want to come back to Israel?

I moved to NYC when I was 19 years old and fell in love. I stayed in love with this amazing city till today and I still see it as my second if not first home.

As somebody who has experienced life as a secular and as an observant man, what do you think about the current political debate about the influence of religion on Israeli politics?

Well, about 30% of Israelis are religious one way or another, so obviously in a democracy they would have an influence... I don't see that any different than any group of any interest influencing politics.

On the contrary, I don't know any ultra-Orthodox people in any other religion that is remotely close to the Jewish ultra-Orthodox community in their acceptance and love to secular Jews.

Just try to imagine a city like Tel Aviv, one of the biggest gay tolerant cities in the world, in places such as Saudi Arabia, Yemen or small town Alabama.

Daniel Zamir will be performing in Tel Aviv on August 13 at Beit Haamudim; in Jerusalem on August 14 at Nocturno; in Modi'in on August 18 at O'Sullivan and in Haifa on August 22 at Syncopa Bar.