The village of Al-Ram near Ramallah 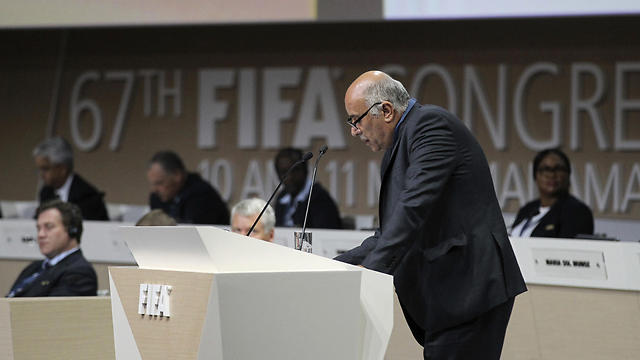 Analysts say the money received by the PA is political funding and donors base their support of the PA on their political agenda, cutting funds when they do not agree with Ramallah and that includes Arab countries as well

Due to the economic crisis the Palestinian Authority (PA) is going through, civilians say the situation is increasingly affecting their daily lives.

The latest example came when Jibril Rajoub, the head of the Palestinian Football Association (PFA), warned that the league’s new season, which is scheduled to begin at the end of August, might have to be canceled.

“I briefed President Mahmoud Abbas on the situation. Unless funding is provided, there will be no league,” Rajoub said, adding that “the president expressed his keenness to provide a minimum for the continuation of the league this year.”

Omar Al Jafari, PFA spokesperson said that before the PA economic crisis, the football clubs used to receive an annual stipend to cover their expenses. “Each club used to get paid between 70 to 80 thousand dollars until last year.”

Al Jafari revealed that Ooredoo Palestine, a private telecommunications company that used to sponsor the PFA, announced it too would be suspending funding.

He added that the PFA was looking for alternative sources of revenue, but that the difficult financial situation in the West Bank was

affecting all sectors and that so far, no corporate donations had been received.

Last year, the Israeli cabinet approved a law slashing funds to the PA in the amount equivalent to what the Palestinian Liberation Organization (PLO) – the dominant umbrella group that speaks for the Palestinian people – pays to Palestinian security prisoners and the families of those who died in clashes with Israeli soldiers, often as they were attempting to perpetrate attacks.

While that amount represents about 10 percent of the total taxes and tariffs Israel collects on behalf of the PA – as stipulated by the 1993 Oslo Accords – Abbas has refused to accept the remainder of the monthly installments totaling over an estimated $150 million.

Hilmi Hamdan, general secretary of the Palestinian Teachers Union, told The Media Line that educators are going through tough times.

“For the last seven months, we have been paid half of our salaries. Teachers and public employees can barely buy basic goods for their families,” he said.

“The Palestinian people as a whole are being affected due to Israeli occupation policies and its financial blackmail of the PA".

Hamdan added that “Israeli policies aim to pressure our leadership to accept the so-called ‘Deal of the Century’ (the Trump Administration’s peace plan) and end the Palestinian cause.” Concluding that no component of the Palestinian society would accept the deal.

“We stand with the PA and its position.”

In the report, Anna Bjerde, the World Bank’s Director of Strategy and Operations, Middle East and North Africa, outlined the status of the Palestinian economy.

“The economy, which did not see real growth in 2018, now faces a severe fiscal shock,” Bjerde wrote, “so it’s necessary to find a solution urgently to prevent further deterioration of economic activity and living standards.”

Wael Aldaya, an economic analyst and head of the research and studies department at the Islamic University of Gaza, told The Media Line that the PA economic crisis started in 2017 due to the fact that most donor countries decreased their contributions.

“The money received by the PA are political funds,” Aldaya contended. “Donors support the PA based on a political agenda. If the PA doesn’t go along with their political views, they simply cut their funding, including some Arab states.”

He added the PA’s decision to react to the funding reductions by cutting spending worsened the crisis.

“The public sector isn’t spending so the private sector isn’t producing; we are witnessing a recession.” To avoid a complete collapse of the economy, Aldaya urged the PA to pressure donors to fulfill their responsibilities without regard to politics.

In 2018, the Trump administration reduced its direct aid to the PA and to projects in the West Bank and Gaza Strip by roughly $300 million. Palestinian-American relations have been tense, since the PA imposed a diplomatic boycott on the White House to protest President Donald Trump’s December 2017 recognition of Jerusalem as Israel’s capital.

Palestinian leaders are engaging in new efforts to reduce their economic dependence on Israel by looking to Arab states for cooperation.

Last month, a delegation headed by PA Prime Minister Mohammad Shtayyeh visited Iraq and Jordan, where he discussed proposals for new economic understandings and emphasized the importance of “maintaining the priority of the Palestinian cause among Arab states in order to unite efforts to end the Israeli occupation.”