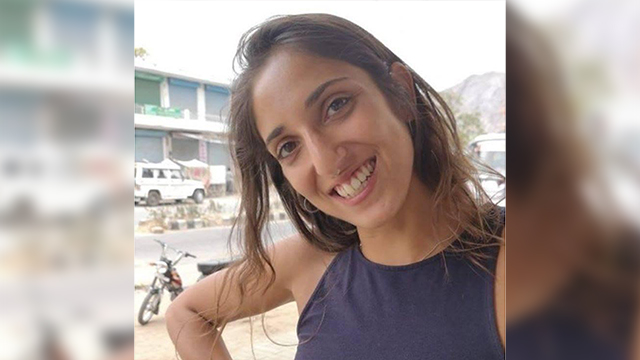 For four months, 25-year-old Naama Issachar has been imprisoned in Russia for drug smuggling, after nine grams of marijuana were found in her possession on her journey back from India to Israel via Russia.

Issachar's family has been doing everything they can in order to bring her back home and told Ynet about the difficult circumstances that she faces and about the uncertainty they face.

"She flew back from India through Russia, and there, during the security check, they found a certain amount of weed. She was taken for 24-hour detention and didn't understand what was going on, she didn't even know it was in her bag," said her cousin Meital Lazar.

"Her mother flew there, we have an attorney on the case and we're dealing with the local court, but things are just ridiculous. There are constant debates about extending her remand, but no one is actually on the case, no one asks questions," she added.

Lazar says Naama is doing her best to stay strong, but that Russian prison is starting to get to her, and she often cries and wonders what will become of her.

"She is held in prison with local drug dealers, who keep asking her weird things, like 'how much does cocaine cost in Israel? How much does marijuana cost?' and she just doesn't understand what they want from her," says Lazar.

"We've asked that she will be released to house arrest, and we supplied all the conditions necessary for that, but they said no," she says.

They say she was dealing drugs.

"It was for recreational use. The drugs were found on her and she didn't deny that it was hers. She has been very cooperative with the investigation."

Did you try involving the Foreign Affairs Ministry?

"Yes, another relative and I brought letters to the Foreign Ministry and to the President's Residence. They know all the details but say that they can't help at this time. The Israeli consul in Russia came to her trial, which is unprecedented, but it didn't help. It was all over in a few minutes, with no real serious examination of the case."

Were you told behind closed doors that this could be fixed in a non-formal way?

"We weren't successful, no matter what we tried, and we don't understand why. She's being treated like she's one of the biggest criminals in Russia. This is just a regular girl, she came to Israel at the age of 16, served in the IDF as a combat soldier. She was a lone soldier since her mother went back to the U.S. when she was in the army."

So, what is the worst-case scenario? "She could be sentenced to 3-10 years in prison for drug trafficking. We can't find anyone who is able to help. That's our request — if there's anyone who can help in any way, do it!"