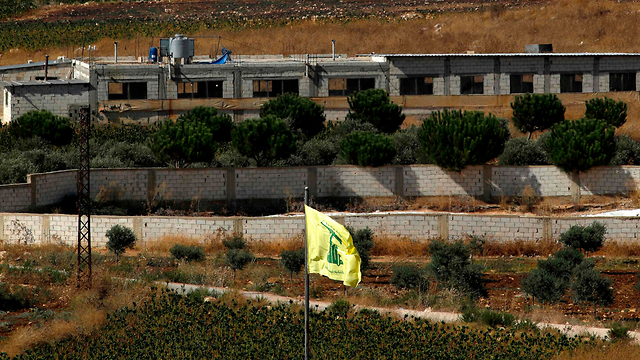 Israeli military says the Islamic Republic's Lebanese proxy has stepped up attempts to establish facilities for production of precision missiles in Lebanon; 'Iran and Hezbollah are endangering Lebanon,' IDF says

The Israeli military is accusing Iran and its Lebanese proxy Hezbollah of stepping up attempts to build missile-production facilities in Lebanon and says these efforts are putting Lebanese civilians in danger.

The announcement comes at a time of rising tensions. In recent days, Israel has struck Iranian targets in Syria and Iraq, and Hezbollah has accused Israel of a drone strike in Lebanon.

"Dir balak," Prime Minister Benjamin Netanyahu said in public remarks directed at Lebanon, using the Arabic for "watch out," after the IDF published what it said were details about an extensive Iranian-sponsored campaign to provide Hezbollah with the means to produce precision-guided missiles.

Lieutenant Colonel Jonathan Conricus, an Israeli military spokesman, said Iran had in recent months increased the pace of the project such that it was "faster in terms of buildings, facilities, locations, conversion and manufacturing facilities, and it means more people, operatives involved in doing so".

He released the names of four officials, led by an Iranian brigadier general, allegedly leading the effort.

"They are the ones who are complicit in endangering Lebanon and Lebanese civilians which Hezbollah and Iran are using as human shields."

Israel considers it a major escalation if Hezbollah manages to obtain large quantities of guided missiles.

Conricus said there was no change to Israel's position on the Lebanese army. But he appeared to play down the threat.

"We continue to classify Hezbollah as our main enemy and the Lebanese Armed Forces as a potential enemy," he said. "If they fire at Israel, tactically speaking, ... then that specific force on the ground will be considered an active enemy, but strategically speaking Hezbollah is the enemy."