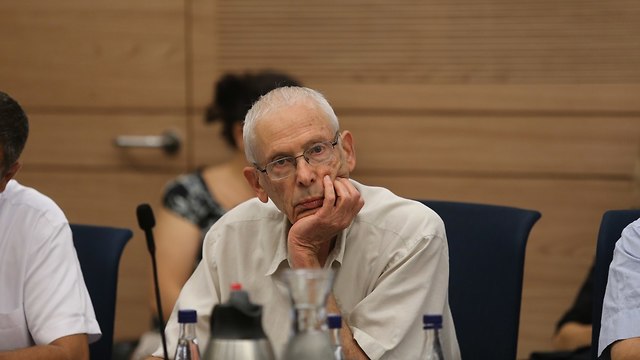 Benny Begin slams Likud: I will not vote for my own political party

Party scion says Likud members have displayed 'arrogant, conceited, rude and flagrant behavior,' and warns that politicians 'can't continue to behave like that and still expect a reward'

Benny Begin, a former Likud Knesset member and son of the party's first ever prime minister, on Monday morning issued a blistering condemnation of the party and announced he would be casting his vote elsewhere in the September 17 elections.

"It's impossible," Begin said. "You can't continue to behave like that and still expect a reward."

"There is price for such arrogant, conceited, rude and flagrant behavior," Begin told Army Radio.

"In recent years, it seems to me that the Likud leadership has put considerable effort into making it difficult for me to support Likud, and in recent months has even deterred me from voting for the party in the elections."

Begin was first elected to the Knesset in 1988. He was the oldest MK in the 20th Knesset, in which he served partially, and the only Likud member who decided not to participate in the party primaries and actually quit politics.

During his tenure, he served as science minister and was a member of various committees, including the Internal Affairs and Environment Committee and the Foreign Affairs and Defense Committee.

In November 2017, the veteran MK refused to support the Recommendations Law, which banned police from publicly stating at the end of an investigation whether there was sufficient evidence to prosecute.

As a result, Begin was ousted from the Internal Affairs Committee by then-coalition chairman David Bitan who himself took the vacant seat.

Benny Begin and David Bitan in the Knesset in 2016 (Photo: Gil Yohanan)

The move was harshly criticized by opposition lawmakers who said that the legislation was designed to benefit Prime Minister Benjamin Netanyahu in his various criminal investigations.

Begin said at the time: "This law, in the wording before us, has no defined start date and I propose to fill that absence with as follows: The law will apply to investigations that begin after its publication."