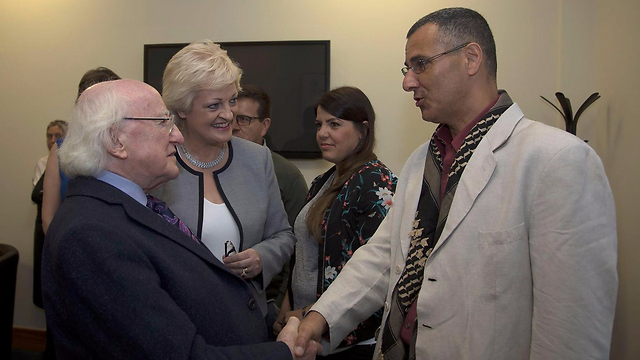 Omar Barghouti had planned to attend Labour conference this weekend, speak at fringe grassroots event alongside Home Secretary Diane Abbott, union leader who once described claims of anti-Semitism in party as 'mood music'

Prominent Palestinian activist and co-founder of the Boycott, Divestment and Sanctions (BDS) movement, Omar Barghouti, has been denied a visa to enter the UK, the Palestine Solidarity Campaign (PSC) organization announced.

In a statement issued on the PSC website on Friday, it was said that “Barghouti is unable to travel to the UK because his visa was abnormally delayed by the British Government without explanation.”

He was due to speak at a fringe event at the Labour party conference in Brighton this weekend, “alongside Shadow Home Secretary Diane Abbott, Unite General Secretary Len McCluskey and Labour MP Lisa Nandy among others.”

Instead, Barghouti was to speak via a video link-up at the event, hosted by PSC, entitled “Palestine in the age of Trump.”

He was also reportedly speak via video at grassroots political fringe festival The World Transformed on the topic of “Criminalizing Solidarity.” Other Palestinians were expected to speak at the conference as well.

The Labour Party has been dogged by complaints of anti-Semitism since far-left Labour leader Jeremy Corbyn became leader in 2015.

McClusky infamously dismissed claims of anti-Semitism in the party as "mood music" aimed to topple Corbyn.

According to Britain's Jewish Chronicle newspaper, The World Transformed is a four-day event running alongside Labour which describes itself as being “about setting a radical agenda for the Corbyn project and beyond.”

The PSC blasted the decision to deny Barghouti a visa as “part and parcel of the growing efforts by Israel and its allies to suppress Palestinian voices and the movements for Palestinian rights.”

In a response to the UK's move, Barghouti said “we shall continue to fight their McCarthyism and repression and persist in pursuit of our UN-stipulated rights, including self-determination and the return of our ethnically cleansed refugees.”

In April, Barghouti was scheduled to speak in several U.S. cities as part of a series of events organized by the Arab American Institute, but in similar circumstances, was denied entry based on a reportedly “immigration matter.”