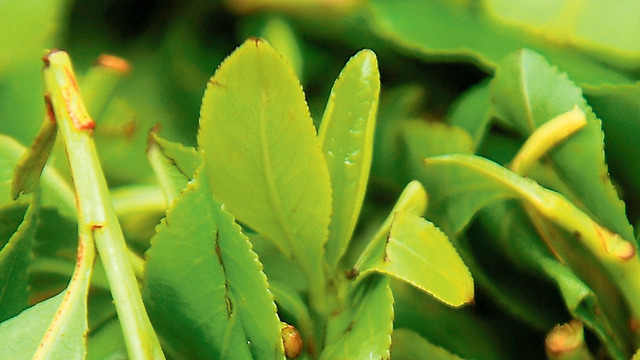 Youngsters are told being caught with the plant, which is illegal in Europe but not Israel, will only lead to confiscation, while smugglers can be jailed for up to seven years

PARIS - Ten young ultra-Orthodox Israelis, including a number of underage yeshiva students, were apprehended by French police in the past month on charges of illegally bringing the stimulant khat plant into France. Ten other Israelis are also in custody in various European countries.

Khat is a plant which is a stimulant and said to cause euphoria. It contains the alkaloid cathinone, which is similar to cocaine and that renders it an illegal substance.

The drug is not illegal in Israel and is popular among Israelis of Yemenite origin who chew its young leaves to benefit from its properties, but it can also be sold as a juice or in pill form.

According to sources in the Foreign Ministry in Jerusalem, predominantly young people from low income areas are lured into making "easy money" by smuggling the drug across borders.

Most of the detainees are between the ages of 18 and 27, and some are minors.

The penalty for smuggling can be as severe as seven years in prison and many of the smugglers are unaware of the seriousness of the offence. They are enticed by a free airline ticket and some NIS3,000 in spending money.

Rabbi Shlomo Bistritzky of the Chabad House in Hamburg said he heard from Israelis in custody that those who hired them for the job told them that the worst that would happen is that the plants would be confiscated.

The young smugglers are promised that they would be met immediately upon arrival, but when customs officers detained them, there were no local contacts to be found.

The youngsters were also cautioned not to contact the Foreign Ministry if they get into trouble.

Bistritzky says that those behind the illegal operation were based in London. A few were initially taken into custody but were released as the incriminating cathinone evaporates after a while and there was no evidence with which to charge them.

Those arrested in Hamburg were kept for long periods of time in jail while some of the confiscated plants - frozen to ensure all traces of their alkaloids remained - were being examined by authorities.

"It took days before they were allowed prayer shawls. They were instructed to take off their kippot when in the prison yard because of dangerous prisoners who were also incarcerated there," Bistritzky said.

The Foreign Ministry and local religious leaders have urged yeshiva students not to be tempted by such offers of a free ticket and easy cash.