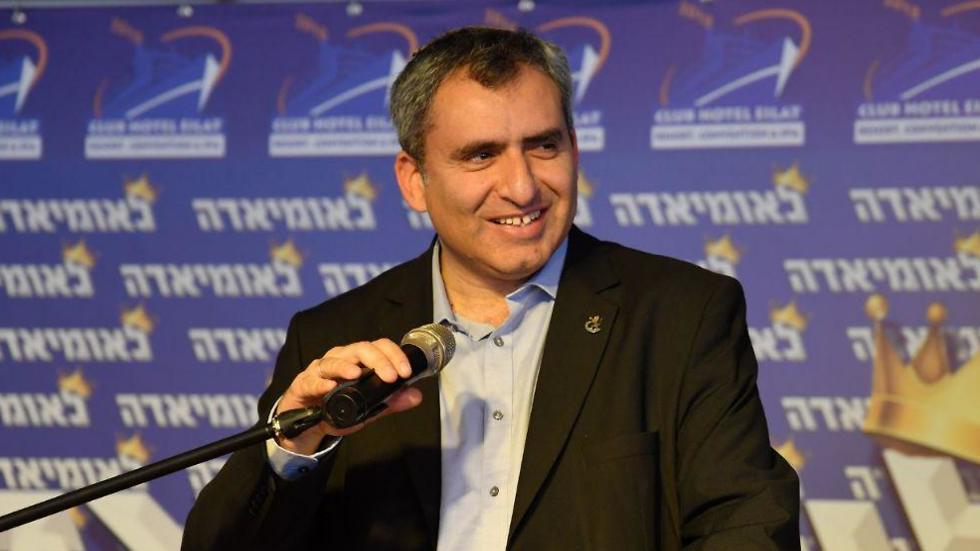 Likud minister hints at flexibility on Netanyahu status after any indictements

Ze'ev Elkin says his party would be willing to discuss changes to existing recusal law, potentially creating a loophole that would allow Blue and White to join unity government even if prime minister were to face charges for alleged corruption

The Likud party is willing to be flexible on a law that allows a sitting prime minister to suspend himself from his post for up to 100 days, Minister Ze'ev Elkin said Thursday.

The legislation was used by President Reuven Rivlin on Wednesday as part of a plan to bring Likud and the Blue and White party into a unity government, despite Benjamin Netanyahu's legal woes and Benny Gantz's refusal to join a government led by someone facing criminal charges.

"If there is willingness, a government can be established within a short period of time," Elkin said.

He did not, however, entirely agree with the suggestion that Netanyahu would be removed from office due to the criminal charges he faces.

"We are prepared to discuss any revision to the recusal law," he said, referring to existing legislation that allows an Israeli government official to suspend themselves from their position for 100 days without stepping down.

Elkin claimed, however, that the president's framework was not clear on the time frame for recusal.

The proposal outlined by the president Wednesday states that Netanyahu could serve as prime minister in a rotation government as long as he was not indicted for any or all of the three corruption cases pending against him.

If an indictment were brought, Netanyahu would recuse himself and Blue and White Party leader Benny Gantz will assume the role of acting prime minister.

The recused premier would not be made to vacate the official residence nor would he be forced to resign.

For the president's proposal to work, that existing recusal law would have to extend the recusal period.

If Blue and White accepts Rivlin's proposal, a recusal by Netanyahu due to indictments would see Benny Gantz become prime minister within six months.

Rivlin's proposal also allows Gantz to keep the promise made during the election season not to serve a prime minister who was under indictment.

But the Blue and White Party insists it will not negotiate with Likud as long as the latter insists on representing a 55-seat rightwing-religious bloc that includes other parties, and not the 32 seats that the party actually won in the recent elections.

"Unfortunately, Blue and White is not really interested in a unity government," Elkin said. "I hope it is not just stalling for time."

Asked whether he understood that this rightwing-religious bloc would be unacceptable to Blue and White, Elkin said Rivlin's framework provided a solution in the form of a government comprising equal numbers of ministers for both Likud's bloc and the center-left bloc of 54 Knesset members that Gantz has put together.