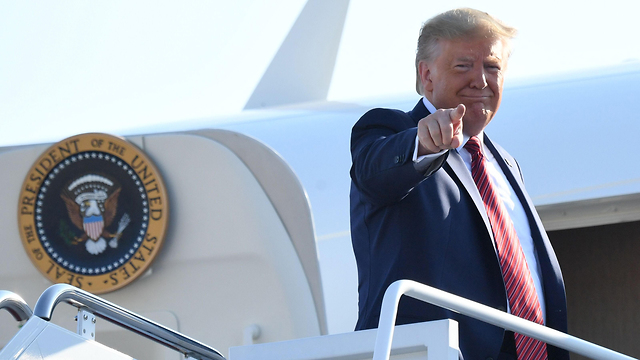 A strong U.S. economy could help President Donald Trump win re-election next year unless there is a surge in voter turnout, economic research firm Moody’s Analytics said on Tuesday.

Across American universities and on Wall Street, researchers are honing computer models designed to predict the winner in the November 2020 election in which the Republican Trump will face a Democratic candidate still to be determined.

What makes Moody’s Analytics stand out is its focus on local economic conditions, which have drawn attention this year as a U.S.-China trade war has hit America’s industrial heartland even as the national economy has stayed more buoyant.

The outcome of U.S. presidential elections is based on electoral college votes determined through state-by-state voting results rather than the national popular vote.

The research firm, known for its expertise on economies at the national and local levels, said factors boosting household finances across much of the country could lead to Trump winning 332 votes in the electoral college to 206 votes for the Democratic candidate.

Supporters of Donald Trump at one of his election rallies in New Hampshire (Photo: AFP)

But this scenario, in which Trump would pick up New Hampshire, Virginia and Minnesota in addition to the states he won in 2016, assumed a historically average rate of voter turnout.

Moody’s said its prediction model was wrong in 2016 - when it forecast Trump would lose to Democratic candidate Hillary Clinton - in part because it failed to take into account the high rate of turnout in America’s industrial Midwest.

Trump lost the national popular vote to Clinton but won in the electoral college 304 to 227.

Economists at the firm, which is owned by Moody’s Corporation but operates independently from rating agency Moody’s Investors Services, said they were not ready to forecast voter turnout for 2020.

But there are signs it could be high. Notably, voter turnout was historically high in 2018 midterm elections when Democrats took control of the U.S. House of Representatives from Trump’s fellow Republicans.

“If the U.S. economy sticks to our script over the next year, record turnout is vital to a Democratic victory,” Moody’s said.

Moody’s did not take into account who will be the eventual Democratic nominee.

Twelve top White House contenders will take part on Tuesday in the first Democratic debate since the launch of an impeachment inquiry into Trump’s efforts to pressure Ukraine to investigate Joe Biden, a leading Democratic presidential candidate.