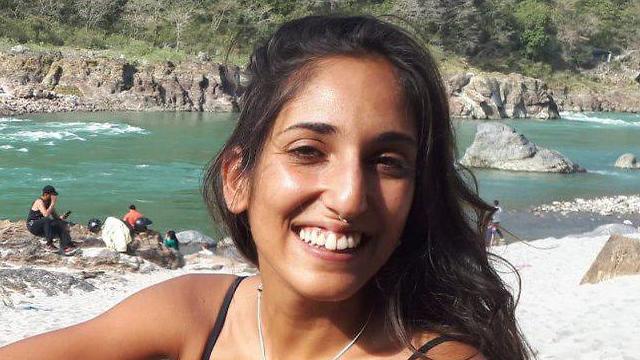 Although Russia is third most-popular travel destination for Israelis, travel website reports drop in demand for flights and reservations to the country following 26-year-old's detention at Moscow airport with small amount of marijuana in her bags

Due to the imprisonment of 26-year-old Israeli Naama Issachar by Russian authorities, Israelis have begun boycotting Russian airlines, as well as trips to Moscow, Israel TV outlet Channel 12 reported.

The 26-year-old was arrested on April 9 while in transit in a Moscow airport, en route from India to Israel, carrying 9 grams of cannabis in her bags, which she said she had forgotten was there.

Russian authorities charged her with drug smuggling and sentenced her to a 7.5-year prison sentence.

According to findings published by Israel travel website Travelist, flight demands to Moscow decreased by 30% compared to last week - before Naama’s story broke in the media - while flight reservations to Moscow dropped by 11%.

Yaffa Issachar outside the Moscow court that granted her permission to see her daughter this week (Photo: Noa Lavie)

Israeli-Russian Maria Elkin was supposed to travel to Moscow in February to participate in the city’s marathon, but canceled her flight reservation, citing Naama's arrest as the reason.

“I love the city and I will miss it dearly, but I won’t go back there any time soon. I also renounced my Russian citizenship," Elkin told Channel 12.

“I have a few friends that are appalled by Naama’s detention, but they are definitely not surprised,” she said.

“Every time I arrived in Russia, the feeling was that they are looking for you at the airport."

Yaron Avraham, who was supposed to travel with his family to Moscow, told Channel 12 that, "after Naama's case broke, we decided to cancel, there’s no point in traveling in fear."

“I prefer to look for another destination," he said.

Both Prime Minister Benjamin Netanyahu and President Reuven Rivlin have appealed to Russian President Vladimir Putin for a pardon for Issachar.

Her family maintains that her severe sentence is intended to pressure Israel not to extradite a Russian national accused of hacking to the United States.