A rocket fired at Ashdod on Friday exploded in the courtyard of a haredi yeshiva and left 10 people injured. Magen David Adom emergency services said two men were seriously injured.

Eight others were lightly injured in the attack. The victims were rushed to the Kaplan Medical Center in Rehovot. Minor damage was caused to the building.

PM: Israel will respond with force

The rocket fire, which took place at around 8:10 am, was preceded by a Color Red alert in Ashdod and Gedera.

Emergency services detected an additional Grad rocket which hit a synagogue located several blocks from the yeshiva. The rocket failed to explode, but caused extensive damaged to the building, which had to be demolished.

Eye witnesses said that the victims left the synagogue after hearing the siren, running for cover in an adjacent building. When they heard the first blast they came outside and were then hit by shrapnel caused by the second rocket. 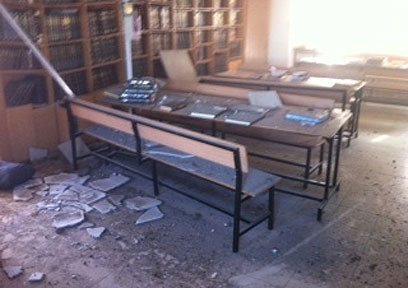 "The fence was utterly destroyed and a deep hole had gaped in the ground," Moshe Avramovitch, one of the yeshiva students said. "Windows and lamps were shattered in the caravan where the worshippers were praying. The yeshiva students were saying their morning prayers. They ran for their lives and the rocket got them on their way back when they sought to resume their prayer. "

One of the victims described the scene from his hospital bed: "We heard a siren and ran to an adjacent building. We waited there for several minutes and then stepped out to resume our prayer. Suddenly we heard a loud blast. We couldn't see anything, people were dropping to the floor. Luckily residents soon came to help us and rescue forces followed minutes later. It was a great miracle." 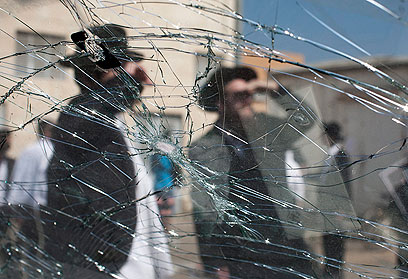 A total of 12 rockets were fired at southern communities overnight, less than a day after eight Israelis were killed in multiple terror attacks near Eilat.

Meanwhile, the Home Front Command issued guidelines for residents of southern communities, including Ashkelon, Netivot, Ofakim, Beersheba and Ashdod, which ban the gathering of more than 500 people.

Earlier, at around 5:50 am, a siren sounded in Beersheba and shortly thereafter a blast was heard as a rocket hit an open field near the city.

A rocket also exploded south of Gedera. Rockets were also fired at the Eshkol and Shaar Hanegev regional councils. Sirens were sounded in Ashkelon and Ashdod. There were no reports of injuries or damage. 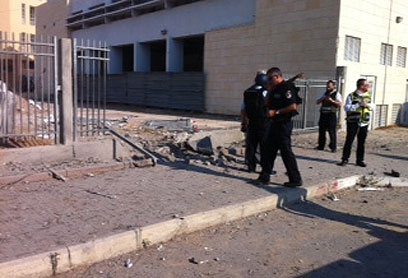 Beersheba Mayor Rubik Danilovitch called on residents to adhere to defense establishment instructions. An Iron Dome battery was deployed in the city.

Also Friday morning, a rocket was fired from the Gaza Strip at Gan Yavne and landed in an open field. Thirty minutes later an additional rocket landed in an open area in the Eshkol Regional Council. There were no reports of injuries or damage in both cases.

A total of four rockets were fired at Ashkelon on Thursday, two of which – aimed at residential areas – were intercepted by the Iron Dome system. The other two rockets exploded in open areas. Security forces scanned the area; no injuries or damage were reported. 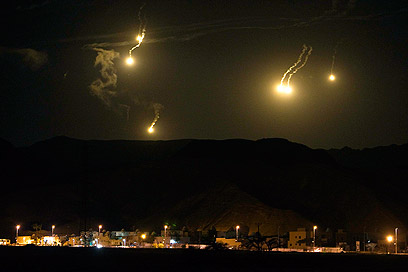 The Palestinians reported that fire had broken out in one on the areas targeted, leaving one teen dead and dozens injured.

On Thursday, the IDF bombed a Rafah building where senior members of the Popular Resistance Committees, who were the masterminds behind the Eilat terror attacks, were staying.

Palestinian sources reported that six people were killed in the strike, including Kamal Nirab, commander of the PRC's military wing and Khaled Shaath, a senior member of the terror group.

It appears Shaath's son or daughter were among the fatalities. Imad Hamad and Khaled al-Masri, who were both involved in a number of terror attacks against Israel including the abduction of Gulad Shalit were also killed in the attack.