Barak on Turkey: This wave will pass

Noting that an inquiry commissioned by United Nations Secretary-General Ban Ki-moon into the 2010 flotilla raid had vindicated the Gaza blockade, Barak predicted that wider Middle East upheaval would help bring Israel back together with its Muslim ex-ally.

More on the Israel-Turkey diplomatic crisis:

"Ultimately this wave will pass. We recognize reality. They recognize reality," Barak told Israel Radio. "We are the two countries that are most important to the West in the region ... I am certain that we can overcome these (disagreements)." 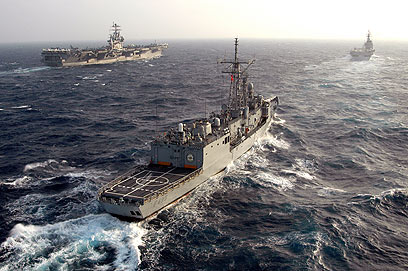 "The main thing is not to get confused, not to get into a tailspin. Turkey is not about to become an enemy of Israel and we have no cause to waste invective and energy over this."

Asked whether Israel might yet say sorry for its May 31, 2010 seizure of the Turkish activist ship Mavi Marmara, Barak said: "Look, it's spilled milk. It's not important right now."

After 'Plan B' – the expulsion of the Israeli ambassador, determination to pursue legal action and threatening that Turkish Navy ships would sail more frequently in the East Mediterranean – Erdogan is reportedly set on further deteriorating the already sensitive situation.

Gökçe believes Turkey may cut all trade ties between both countries, not just military and governmental trades.

"Tough measures are already being taken against Israel, now the only thing left is the trade ties between the two countries. The most influential sanction against Israel would be taking economic measures by cutting off trade," Gökçe told the Hurriyet Daily News. 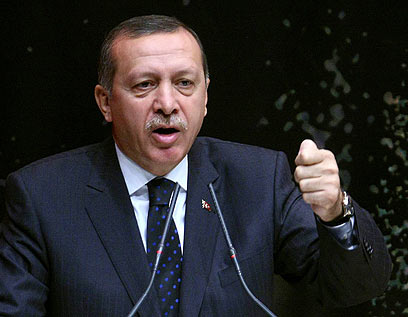 Turkey's prime minister accused Israel on Wednesday of failing to meet its obligations in defense deals, adding to tensions which have escalated since an Israeli raid on a Gaza-bound flotilla killed nine people last year.

Asked to comment on Turkey's decision to suspend defense industry deals, Erdogan told reporters that Israel was not keeping to the terms of defense agreements, accusing it of not returning drones that Turkey had bought from Israel and sent back for maintenance.

Turkey said on Friday it will take measures to ensure the safety of maritime navigation in the Mideast. 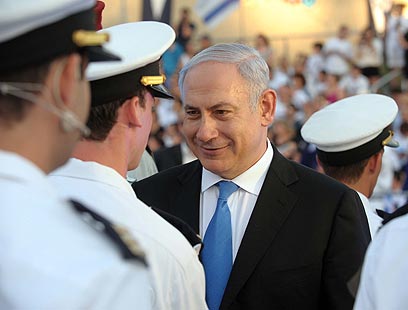 "The meaning of that is not clear,” Israel Foreign Ministry spokesperson Yigal Palmor told Hürriyet on Wednesday in response to Ankara’s position.

“What does it mean? How many ships? How often and where will they be sailing? We can’t comment on hypothetical scenarios. Everyone is free to sail in international waters. Turkey is not an enemy country. Its presence in international waters would not bother any country. We do not think there is an intention to create an incident, that would be very bad. There is no need to escalate the tension,” Palmor said.

Meanwhile, Israeli businessmen fear the uncertainty that lies ahead, but continue to take things in stride.

"We're in contact with a Turkish company, and I've gotten feedback from them that working with Israelis has caused discomfort. It's unclear whether it comes from officials or from consumers, but we're still exporting to Turkey. We haven't been ordered to stop the exportation," said Ofer Mor, managing director at Israel's Moraz company.