According to the report, Strauss, 51, one of Israel's richest women, was often seen in the company of Blair. It was also reported that Blair's wife, Cherie was warned about the "sexy affair" between her husband and the Israeli businesswoman, who divorced her second husband last year.

The Daily Mail added that even the Israeli press had speculated about an affair between the two. It presented as evidence the fact the Blair's car was seen parked near Strauss's house recently. 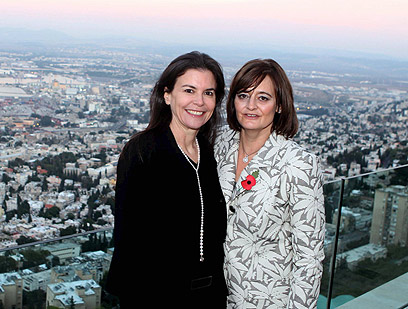 The former British premier visits Israel frequently as part of his role as the Quartet's envoy to Israel.

The British newspaper also reported that Blair and Strauss had dined together for more than two hours with friends at one of Tel Aviv's finest restaurants. Blair’s security guards remained outside the balcony where the group dined, the Daily Mail noted.

The paper quoted Staruss's spokesman, Rani Rahav, as saying it was "ridiculous" for anyone to suggest there was any romantic element to her dealings with Blair. "There was never any skin between them, never. I have never been asked such an ugly question before," he said. 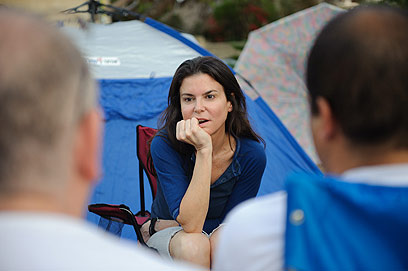 "Ofra Strauss has contacts with Mrs. and Mr. Tony Blair on philanthropic issues," Rahav told Ynet. "Over the years a bond of friendship has been forged between the two families. Anything beyond this is untrue."

Rumors of an affair with the Israeli businesswoman are not the only thing troubling Blair at the moment. He is facing fierce criticism in England over his close relationship with ousted Libyan leader Muammar Gaddafi. British press reported recently he held six private meetings with the tyrant in the three years after his stint as prime minister.

The Telegraph reported that at least on two occasions Blair flew to Libya on a private jet paid for by the Gaddafi regime.

It was also reported that five of the meetings were held around the same time that Lockerbie bomber Abdel Basset al-Megrahi was released from a Scottish prison. The British public is now demanding that Blair divulge the contents of his meetings with Gaddafi.