A senior Egyptian official has admitted that Ilan Grapel was not a spy, London-based newspaper al-Hayat reported Sunday. The dual US-Israel national is expected to be released from prison after four months this week, it was further reported.

On Saturday, Egypt said it was considering releasing Grapel, who has been incarcerated in the country since June 12. Grapel was charged by local authorities with spying for Israel. His parents visited him on Saturday along with US consul general to Egypt, Roberto Powers.

According to a report by MENA news agency, Cairo authorities are considering releasing the 27-year-old in exchange for "greater US political and financial support." 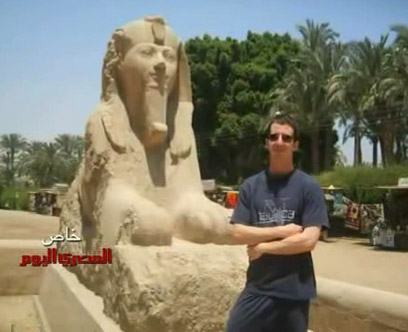 MENA also reported that Grapel suffers from a genetic chronic disease, and his mother, who also suffers from the condition, confirmed the report.

The senior Egyptian official told al-Hayat that US Defense Secretary Leon Panetta is scheduled to arrive in Egypt on Tuesday and will "take Grapel back with him at the end of the visit."

The source noted that "what Grapel did during the revolution did not amount to spying and by this logic he can be released in exchange for financial benefits."

Grapel immigrated to Israel from the US and served as a lone soldier in the Paratroopers' 101 Battalion. He enlisted in the IDF in March 2005 and was injured during the Second Lebanon War.

He had been traveling in Egypt during the popular revolution and was reportedly intrigued by the ongoings. Arab media reports suggested he tried to spark a civil war between Egypt's Muslims and Coptic Christians.