Behind the scenes of the Shalit deal

The secret contacts, marathon negotiations and ever-changing prisoners' list – Israel's envoy to the Shalit talks reveals behind the scenes details about the events which led to the final agreement

David Meidan can add yet another "notch" to his already impressive résumé: He recognized the narrow margin which led to the Shalit deal and managed to utilize every element in that arena to propel it into fruition.

"I kept believing that I could get this deal done," he said after briefing President Shimon Peres on the agreement that would bring Hamas-held soldier Gilad Shalit home after five long years. "I knew this would be a complex deal to reach and that we were up against a very tough – impossible even – adversary, but I've seen too many things that were though impossible become a reality.

"I wasn’t impervious to frustration and questions, but I had faith that this was possible. I'm an optimist."

Meidan had to raise every ounce of that optimism when he was named the government's envoy to the Shalit negotiations in April 2011. His two predecessors, Ofer Dekel and Hagai Hadas – both seasoned intelligence officers, bowed out after years of futile efforts. 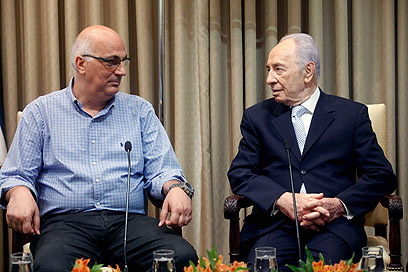 Gaza's rulers snubbed the EU's efforts and the negotiations took yet another blow when Egyptian President Hosni Mubarak and his Intelligence Director Omar Suleiman – who both played key roles as mediators – were deposed in February.

All of these factors led the Israeli intelligence community to believe that Hamas was not only stalling – it was not interested in a deal at all. Hamas Politburo Chief Khaled Mashaal, it seemed at the time, was interested in dragging the ordeal – which granted Hamas captains prestige in the Arab world – for as log as possible.

Israel believed that Ahmed Jabari, the head of Hamas' military wing who had de facto custody of Shalit, had no intention of relenting on any of the organizations' demands, and that for him it was an "all or nothing" situation. The negotiations were not just stalled – they seemed hopelessly dead in their track.

Meidan's first order of business was sorting out the various international initiatives brought about by Konrad's vacancy. "There were a lot of cooks stirring the pot at that time," he recalled. "Most of the initiatives were immature and ineffective, but some ideas were quite good."

One of those initiatives came from a private individual, who offered to act as a go-between. Israel's information on the man and the Mossad's belief that he was a credible asset prompted Meidan to meet with him. The meeting would prove pivotal to unraveling the negotiation's tangles. 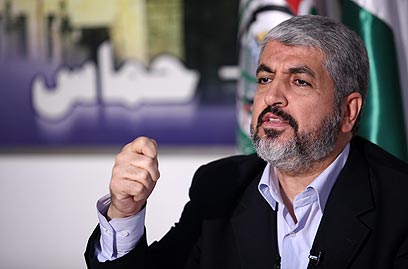 Meidan refused to name the contact, but told associates that "We suddenly had a link to Hamas... and communications grew to daily frequency." These were not negotiations per-se, but they gave Meidan hope that something could be worked out.

Hamas, he said, seemed willing to consider a deal outline previously proposed by the German mediator – something previously believed to be off the table, which prompted Israel’s top negotiator to think the group was vying for a deal after all.

Assisted by an IDF officer and a Shin Bet officer, Meidan was able to push the channel further, keeping only a handful of people, including Mossad Chief Tamir Pardo and Shin Bet Chief Yoram Cohen, in the loop.

Meidan's foremost concern was leaks to the media. Prime Minister Benjamin Netanyahu, Defense Minister Ehud Barak and Maj.-Gen. Yohanan Locker, Netanyahu's military secretary, were the only three apprised of the talks outside his immediate team. Locker would later become an active member of the negotiation team.

By June it was clear that Meidan had a reliable negotiations channel with Hamas – one that enabled him to broker more and more points of agreement. After consulting with Netanyahu and Barak, Meidan decided to ask his contact to see if Hamas would give him an updated outline for what it would consider an acceptable deal – but one that would also meet Israel's security concerns.

Hamas, he said, rose to the challenge and produced a document to that effect. The result still proved a bitter pill for Israel to swallow, but it showed some flexibility nonetheless. 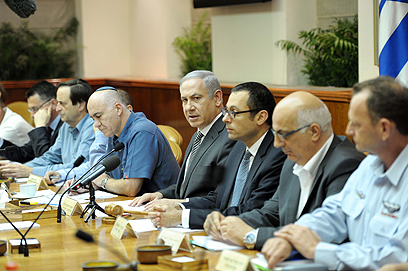 Barak and IDF Chief of Staff Lt.-Gen Benny Gantz supported the deal but according to Meidan, Netanyahu was a harder nut to crack. The prime minister, he said, was skeptical of the covert negotiations avenue, but as the talks progressed, Meidan was able to convince Netanyahu to afford him more leeway vis-à-vis Hamas.

After some deliberation, Netanyahu agreed to let Meidan "upgrade" the talks to a more binding form. Hamas and Israel remained adamantly against any direct negotiations, prompting the need to find a new mediator, preferably one with regional pull and ties to both parties, and thus Egypt was selected.

Hamas never hid its aversion of Mubarak's mediation, but it was clear that it approved of the new powers in Cairo, and especially of Egypt's new defense minister, Mohammed Hussein Tantawi. Given the new regime's acceptance of the Muslim Brotherhood as a legitimate political party, Hamas considers it friendly and relatively credible.

Hamas' Damascus-based leadership has not been left oblivious to the unrest sweeping through Syria, and it is believed that the leadership is eyeing Egypt as an alternative base of operations.

Familiar with the Egyptian Intelligence Service and its captains – Egyptian Intelligence Minister Murad Muwafi included – Meidan also had reason to prefer Egypt as the mediator. He also recognized Cairo's desire to reclaim its position as mediator between Israel and Hamas and the Palestinians in general. Brokering the Shalit prisoner swap was pivotal for the new Egyptian regime if it was to bolster its position in the eyes of the United States and the international community. Still – Turkey was also an option, despite its tense relations with Israel. Turkish Prime Minister Recep Tayyip Erdogan offered that Ankara would act as mediator, but both Meidan and Netanyahu preferred Egypt. Faced with an opportunity to rehabilitate the relations between Israel and Turkey, Meidan suggested the two act as co-mediators, but Egypt rejected the offer. Meidan was apparently able to explain Israel's preference of Egypt in a satisfactory manner, as Ankara continued to use its leverage to facilitate the deal.

Meidan's assessment of Egyptian intelligence captains proved true: Muwafi tasked two of his top generals with the mediations and after a draft agreement was obtained, the two summoned Hamas and Israel's delegates to a remote, secure location in Egypt and got down to business.

At first, Meidan was Israel's sole representative in the talks, while Hamas was represented by Jabari, his deputy and two Politburo delegates from Damascus. Six negotiation rounds took place between the end of July and the beginning of October. The delegations were in two separate-but-adjacent rooms, and the Egyptian generals went back and forth constantly.

At the end of each round of talks, the delegates would report to their governors. Egypt, Meidan said, did not hesitate to use every possible leverage it had for and against both parties, including various "carrots and sticks."

Though Israel and Hamas argued over every detail, Meidan described the overall atmosphere as positive and relaxed. It was clear that both partied were trying to find a way to meet in the middle, he said.

Still, Meidan said it took all of his 30 years of Mossad training to brave through the various stalemates of the talks. "My HUMINT (Human Intelligence) experience was key," he said. "It means you have the ability to read a situation and know when to push and when to let go, when to speak and when to shut up. And understanding the Arab culture helps immensely." It was that experience that allowed Meidan to create a reliable, albeit informal, rapport with his partners in negotiations.

"It worked well vis-à-vis the Egyptians, it created an intimate bond with them, and once you have good chemistry you can sit down and talk, and nothing spells the end of the world, even vis-à-vis the third party, with whom you have no direct contact," he said. "Some exaggerations must be forgiven and even if you spot a lie – there's no reason to lose your cool. This is the Arab world… and the attitude you take reflects and affects the other side. Eventually, after hundred of hours, (Hamas) understood that I was someone they could broker a deal with."

Eyes on the prize

Meidan said that the media blackout, fiercely maintained by both parties, was key to the talks' success.

The true breakthrough, he said, took place just before Yom Kippur: The Egyptians were able to come up with an agreement in principle which both Israel and Hamas found acceptable; one that had Israel set aside its previously stated political, ideological and emotional interests in favor of its security interests.

It was this change that allowed Israel to eventually agree to free prisoners whose release was previously denied. Hamas, on its part, agreed to let the rules of the Israeli justice system apply to sentences given to the Arab Israelis included in the deal.

"When we finally signed an agreement in principle last week I was very emotional," Meidan confessed. He said that even at that point, the matter of the prisoners' list was still a sizeable hurdle, but he knew that Israel was finally on a path that would end Gilad Shalit's suffering and the Shalit family ordeal.

"I promised (Noam and Aviva Shalit) that I will not rest until this is over," he said. But empathy aside, Meidan still feels that the very public campaign led by the Shalits probably hardened Hamas' stance on the matter – at least earlier on.

After Netanyahu briefed the cabinet on the deal, Meidan and Cohen retuned to Egypt, for what would be the final round of negotiations. It was a grueling marathon, he said, but by Tuesday morning a list was crafted. Meidan and Cohen returned to Jerusalem to personally brief Netanyahu, and the rest, as they say, is history.