Mustafa Salim did not shave, cut his hair for more than five years in solidarity with Gilad Shalit. Day after prisoner swap, he finally gets hair-cut

Unusual act of solidarity: Mustafa Salim, 35, an Arab Israeli resident of the northern village of Muqaibla did not shave or cut his hair for more than five years until this week.

Salim, who stresses he is not a religious person, refused to cut his fair since Gilad Shalit was abducted into Gaza in 2006. On Tuesday, upon the completion of the prisoner swap deal and with Shalit's return home, he was finally able to shave and get a haircut. 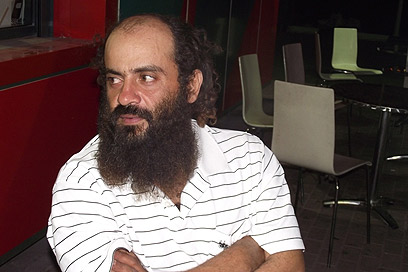 Salim thought of undertaking an act of solidarity with Shalit as early as the day of the abduction, and started his "hair-strike" a month and a half later.

'I did not take advantage of Shalit'

"I decided not to touch my facial hair and the hair on my head," he said. "It was hard for me to see this abduction destroy the peace process. Such a kidnapping is not courageous and is not based on the culture of Islam." 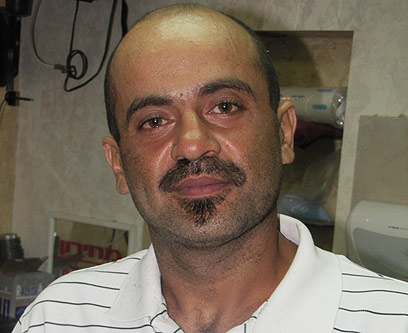 "I didn’t know the Shalit family personally, and I have no wish to know them. I am only looking at the Israeli government which did everything for someone from the Jewish people and put itself at risk to free Gilad Shalit. The deal they struck is very good. Anyone against it should put himself in the Shalit family's place."

Salim claims that his gesture drew much criticism. Many thought he had become more religious. "During this time I was in the territories quite often," he said. "And when they asked me I told the truth. Some said 'let Gilad Shalit die' and some supported me. I am very proud of what I did and of the State of Israel."