Prime Minister Benjamin Netanyahu celebrated his 62nd birthday on Sunday with a surprise party. Israel's leader had plenty to celebrate in the wake of the return of IDF soldier Gilad Shalit.

A cake made especially for the occasion was decorated with the following message: "To the prime minister, we love you and we're proud of you. Happy 62th birthday." 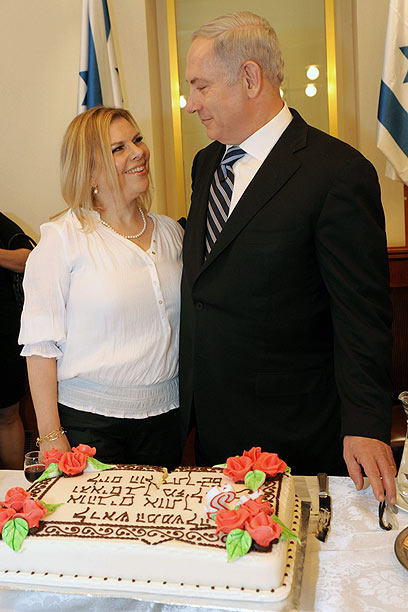 Several ministers as well as Netanyahu's office staff and family members participated in the event which was held two days after Netanyahu's date of birth.