In 2006 the Agron program with personal information of millions of Israelis was distributed online, now after five years, police crack the case and expose those responsible for leak. Six have been arrested

The Justice Ministry's Law, Information and Technology Authority (LITA) announced Monday that they have cracked the 2006 case in which an exact electronic copy of information of over nine million of Israel's citizens listed in the Israeli population registry was stolen. The copy included personal details and even details of minors and deceased citizens.

The Agron program which was a program developed on the basis of the stolen information and was distributed online, became a download hit at the time and could be found in many households in Israel. 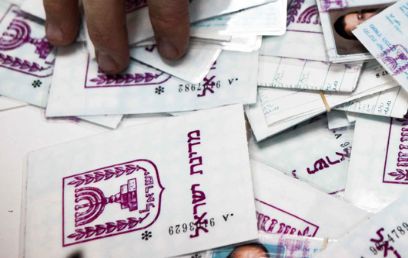 According to the Justice Ministry, the electronic copy was stolen by an employee of the Social Affairs Ministry in 2006 and kept in his home. The information included Israeli citizens' names, identification numbers, addresses, birthdates and other important dates as well as relationships between various citizens. Six suspects were arrested in connection with the case and were released under limited conditions. According to LITA the thief transferred a copy of the stolen information to a business associate who then transferred a copy to his friend. The information eventually made it into the hands of a person dealing in illegal information who then transferred it to a software developer who created the Agron 2006 program that incorporated all the stolen information.

The Agron 2006 program allowed users to present queries about any of the listed citizens and according to the Justice Ministry was intended for illegal redistribution. LITA noted that Agron's unique quality was in its ability to easily divide various sectors of society according to requested parameters as well as trace relationships between citizens.

The investigation revealed that the program was soon made available to the general public via various file sharing websites. A website was even created to explain how to use the program. The Justice Ministry added that the website even encouraged others to distribute the illegal information. Reacting to the breakthrough in the investigation, LITA Chief attorney Yoram Cohen said that "any person who handles personal information and any citizen should lose sleep over the chain of information from the now exposed theft of the Population Registry information…" LITA investigations' department Chief attorney Mili Bach added that "the online availability of the Population Registry and the Agron program was, for years, a blatant testimony to the intolerable gap that exists in Israel between the daily reality and the state law." Reacting to the public disclosure of the case, the attorney representing the suspects said: "We believe that we shall once again find out that they have made much ado about nothing. This will be one of those investigations that commence with a boom and end on a weak note.

"This is what happens when for years the State of Israel chose not to deal with the phenomenon and not to enforce the ban on use of the repository in spite of knowing of the common use of the Population Registry information."