First shipment of aid from Israel heading to Turkey

Five portable structures, 2,000 fleece coats, 2,000 fleece blankets and 100 inflatable mattresses: All of the above will reach Turkey late Wednesday in the first shipment of aid from Israel in the aftermath of the earthquake that has claimed the lives of 471 people.

"We are a nation that views humanitarian aid as a fundamental value," a Defense Ministry spokesman explained the decision to help Turkey in what may help improve the strained relations between the two countries. 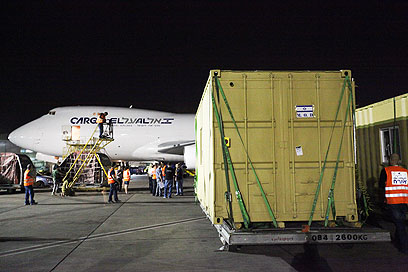 Israel was the first country to offer assistance but was rejected by Ankara. The Turkish government eventually decided to accept aid after all. An El-Al 747 jumbo aircraft will deliver the shipment, which will be transferred to the quake-ravaged area by trucks.

Defense Ministry Spokesperson to the foreign press Josh Hantman told Ynet, "This jumbo is the largest plane we could get at such a short notice. The portable structures include electrical infrastructure and we are also sending blankets, mattresses, coats and other equipment."

He said that during interviews with the foreign press, he was asked, 'What is the point in assisting Turkey? After all, the assistance will not be rewarded diplomatically.' 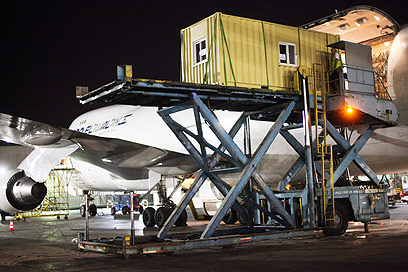 According to Hantman, his response was, "This goes beyond politics because there are people there who need help. If we are a nation that was so excited by the return home of one soldier last week, it shows that we are a nation that cherishes life and that is why we view humanitarian aid as a fundamental value."

Head of the public relations department at the Defense Ministry Shlomi Am-Shalom elaborated on the first phase of the assistance operation: "The aircraft is carrying temporary housing structures for people to live in. Since it is very cold in the area of the disaster, we also included blankets and coats." According to Am-Shalom, "A second jet will head to Turkey early Friday morning. We also plan on shipping several hundred containers via sea."

Earlier, Foreign Minister Avigdor Lieberman told Army Radio, "We said that we would be prepared to provide all possible aid, as requested and desired, and there is no mixing political-diplomatic relations and natural disasters. We are separating the two things absolutely." 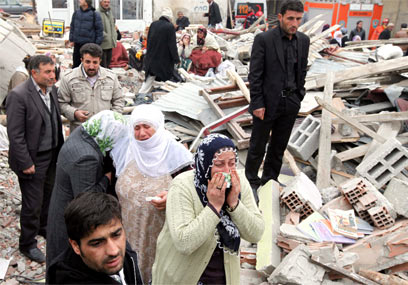 Israeli relief after a 1999 Turkish earthquake helped seal an alliance that has since collapsed over Israel's Palestinian policies and the killing last year of nine Turks aboard an activist ship that tried to breach the Gaza blockade.

Despite the crisis, Turkey's Islamist-rooted government sent firefighters to help Israel contain a deadly blaze in its northern Carmel forest in December.

Reuters contributed to the report.