The Palestinian president, in a remarkable assessment delivered on Israeli TV, said Friday the Arab world erred in rejecting the United Nations' 1947 plan to partition Palestine into a Palestinian and a Jewish state.

The Palestinian and Arab refusal to accept a UN plan to partition the then-British-controlled mandate of Palestine sparked widespread fighting, then Arab military intervention after Israel declared independence the following year. The Arabs lost the war.


"It was our mistake. It was an Arab mistake as a whole," Palestinian President Mahmoud Abbas told Channel 2 TV in a rare interview to the Israeli media. "But do they (the Israelis) punish us for this mistake 64 years?

Abbas also addressed his negotiations with former Israeli leader Ehud Olmert, now in the spotlight because of the publication of the memoirs of former US Secretary of State, Condoleezza Rice.

Rice backs Israel's account that Olmert made a peace offer that was rejected, while Palestinians say that talks never actually reached a point where a firm offer was on the table.

Abbas claimed that he and Olmert were "very close" to reaching a peace agreement in 2008, before the Israeli leader left office under the cloud of corruption allegations. 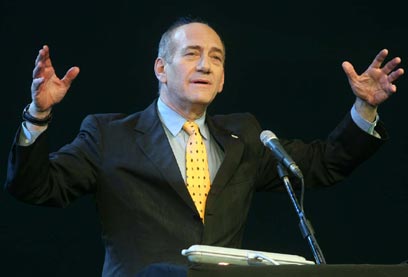 "It was a very good opportunity," he said. "If he stayed two, three months, I believe in that time we could have concluded an agreement."

In his interview with Channel 2, Abbas also acknowledged the Palestinians might not be able to muster the necessary nine votes in the 15-member Security Council to approve their statehood bid.

Referring to possible negotiations with Israel, he said Prime Minister Benjamin Netanyahu wants to retain an Israeli military presence along the West Bank's eastern border with Jordan for 40 years, even after the establishment of a Palestinian state.

"I told him, I prefer occupation," Abbas said.