Former IDF soldier sentenced to prison term after two years under house arrest; she was convicted of illegal possession of classified IDF materials and their subsequent handover to a reporter

Former IDF soldier Anat Kam, who was convicted of illegally possessing classified IDF materials and passing them on to a reporter without authorization, was sentenced on Sunday morning to four and a half years in prison and 18 months of probation.

Testimony Exposed
Kam: 'I tried to be a hero'
Naama Cohen-Friedman
In her court testimony, released for publication at Ynet's request, Kam said she had stolen 2,000 classified documents because of 'stupid idea' that came to her head to take documents from general's office, contradicting her Shin Bet testimony that she did it because of ideological reasons
Kam testimony exposed: 'I tried to be a hero'

According to Tel Aviv District Court judges, "If the IDF cannot fully trust its soldiers, it will not be able to function as an army."

The court continued in its criticism of Kam, saying that "The transfer of the documents while violating basic duties constitutes a violation of the most severe criminal norms. An IDF soldier is expected to carry out his duty out of a sense of loyalty to the country. Kam disgracefully exploited this trust." 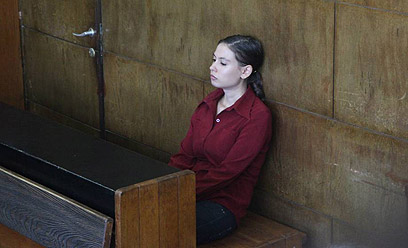 The judges said that her two-year house arrest will not be deducted from her sentence.

The State Prosecutor's Office refused to say whether it plans to appeal the sentence. "It doesn't make sense to talk about an appeal at this time," said Attorney Hadas Forer-Gafni.

"You heard today in court how seriously we view this case, and the court has also pointed out its severity. This verdict should be taught at every school and during every basic training so that soldiers know what punishment awaits them if they pass on classified information," the attorney said.

Regarding the prospects of an appeal, Forer-Gafni said, "We will weigh our steps in the next 45 days. Any other response would not be serious enough. Contrary to Anat Kam, I am consistent."

The attorney was alluding to Kam's revised testimonies; during her Shin Bet interrogation, she said that her actions were ideologically motivated. However, in in court she claimed she had acted out of "stupidity". 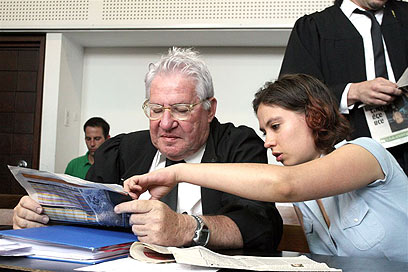 In February, the Tel Aviv District Court convicted Kam of two charges: passing on classified information, which carries a maximum sentence of 15 years, and possessing classified information, which can result in a seven year sentence. Kam was initially charged with compromising state security, but the charge was dropped as part of her plea bargain.

Despite the plea bargain agreement, Kam's attorneys Eitan Lehman and Avigdor Feldman were unable to reach an agreement on her sentence.

In January of 2010 Kam was indicted for handing Haaretz reporter Uri Blau some or all of more than 2,000 classified army documents she had stolen while serving in the office of former Central Command chief Maj.-Gen. Yair Naveh.

News of the affair broke out in April 2010, when Kam was working as a reporter for the Walla website.

In November 2008 Blau published a report based on documents he received from Kam. The report argued that IDF forces in the West Bank assassinated Palestinian terrorists, allegedly against Supreme Court rulings.