UN investigators have identified a previously unknown complex in Syria that bolsters suspicions that the Syrian government worked with A.Q. Khan, the father of Pakistan's atomic bomb, to acquire technology that could be used to make nuclear arms.

The buildings in northwest Syria closely match the design of a uranium enrichment plant provided to Libya when Moammar Gaddafi was trying to build nuclear weapons under Khan's guidance, officials told The Associated Press.

Israel, US worried over Syria's WMDs 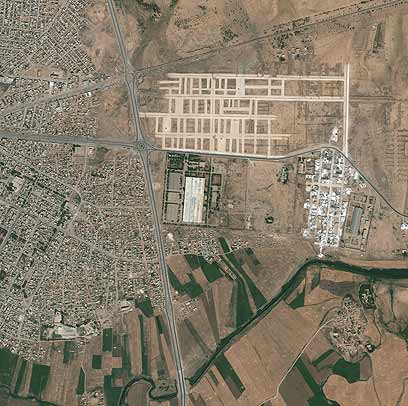 The complex, in the city of Al-Hasakah, now appears to be a cotton-spinning plant, and investigators have found no sign that it was ever used for nuclear production. But given that Israeli warplanes destroyed a suspected plutonium production reactor in Syria in 2007, the unlikely coincidence in design suggests that Syria may have been pursuing two routes to an atomic bomb: uranium as well as plutonium.

Details of the Syria-Khan connection were provided to the AP by a senior diplomat with knowledge of IAEA investigations and a former UN investigator. Both spoke on condition of anonymity because of the sensitivity of the issue.

The Syrian government did not respond to a request for comment. It has repeatedly denied pursuing nuclear weapons but also has stymied an investigation into the site bombed by Israel. It has not responded to an IAEA request to visit the Al-Hasakah complex, the officials said.

The IAEA's examination of Syria's programs has slowed as world powers focus on a popular uprising in the country and the violent crackdown by the government of President Bashar Assad.

Syria never has been seen as being close to development of a nuclear bomb. There also is no indication that Damascus continues to work on a secret nuclear program. If the facility in Al-Hasakah was indeed intended for uranium production, those plans appear to have been abandoned and the path to a plutonium weapon ended with the Israeli bombing. 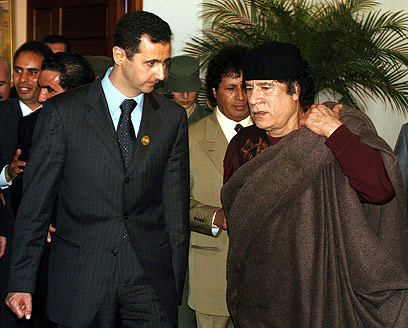 But Mark Hibbs, an analyst at the nuclear policy program at the Carnegie Endowment for International Peace, who has spoken to IAEA officials about the Al-Hasakah complex, said it is important to learn more details about the buildings.

"What is at stake here is the nuclear history of that facility," Hibbs said. "People want to know what did they intend to do there and Syria has provided no information."

"A nuclear weapon would give Syria at least a kind of parity with Israel and some status within the region," says Anthony Cordesman, a national security analyst at the Center for Strategic and International Studies.

For years, there has been speculation about ties between the Syrian government and Khan.

A hero to many in Pakistan for developing the country's nuclear bomb, Khan is considered the world's most prolific nuclear merchant. He supplied Iran with the basics of what is now an established uranium enrichment program that has churned out enough material to make several nuclear weapons. Libya also bought equipment and a warhead design from Khan for a secret nuclear program that it renounced in 2003. 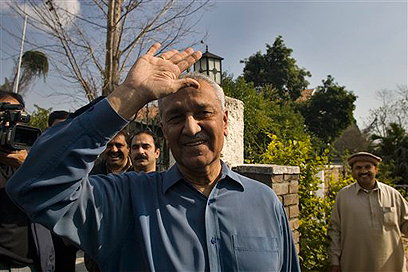 In 2004, Khan confessed on TV to selling nuclear technology to Iran, North Korea and Libya, but he has never spoken of Syria. Khan later said Pakistani authorities forced him to make the confession.

The former investigator says Syria acknowledged to the IAEA that Khan made at least one trip to Syria to deliver scientific lectures, as the Los Angeles Times reported in 2004.

The former official said he has seen letters from Issa, then a deputy minister of education, written on official letterhead shortly after Pakistan's 1998 nuclear test congratulating Pakistan for Khan's achievement. In subsequent correspondence, Issa suggested cooperation with Khan and requested a visit by Syrian officials to Khan's laboratory, the former official said.

Issa, who later served as the dean of the faculty of sciences at Arab International University, could not be reached for comment.

In a 2007 interview with an Austrian newspaper, Syrian President Assad acknowledged having received a letter that appeared to have been from Khan, but said his government had not responded and did not meet Khan.

IAEA investigators homed in on the Al-Hasakah facility after an intensive search of satellite imagery in the Middle East sparked by a belief that Khan had an additional government customer, which had not yet come to light. They identified the site, the largest industrial complex in Al-Hasakah, after a 2006 report in a Kuwaiti newspaper claimed Syria had a secret nuclear program in the city.

Satellite imagery of the Al-Hasakah complex revealed striking similarities to plans for a uranium enrichment facility that were seized during a Swiss investigation related to Khan. The Swiss were looking into the Tinner family – Urs Tinner, his brother Marco and their father Friedrich – who are suspected of playing a crucial role in Khan's smuggling network.

Another set of the same plans was turned over to the IAEA after Libya abandoned its nuclear program. Libya told the IAEA that it had ordered 10,000 gas centrifuges from Khan, most of which it intended for a facility that was to be built according to the plans. Centrifuges are used to enrich uranium.

The investigator said the layout of the Al-Hasakah facility matches the plans used in Libya almost exactly with a large building surrounded by three smaller workshops in the same configurations. Investigators were struck that even the parking lots had similarities with a covered area to shield cars from the sun.

But the investigator said he had seen no evidence that centrifuges were ever installed there. The Hasakah Spinning Co., has a website that shows photos of manufacturing equipment inside the facility and brags about its prices.

The IAEA asked to visit the site more than two years ago. But it has not pressed the issue, focusing its efforts on the site bombed by the Israelis.

Nor has the agency ever cited the Al-Hasakah facility in its reports. Three other sites have been mentioned, but they are believed to have been related to the bombed reactor, not the Al-Hasakah plant.

IAEA inspectors were allowed to visit the bombed reactor site once, but have not been allowed back for nearly three years. They issued a strongly worded assessment in May that said the targeted site was in fact a nearly built nuclear reactor. The agency's board subsequently referred the issue to the UN Security Council, effectively dismissing Syrian denials as untrue.

Syrian officials again refused new inspections after talks with the IAEA in Damascus last week, diplomats told the AP. The officials said they would provide new evidence that the bombed site was non-nuclear. Agency officials remain skeptical because Syria did not describe the new information or say when it would be provided.