British Prime Minister David Cameron on Tuesday labeled an attack by Iranian protesters on the British embassy in Tehran "outrageous and indefensible" and called on the Islamic republic to prosecute those responsible.

Echoing earlier comments from Foreign Secretary William Hague, Cameron also warned of "serious consequences" for Iran, adding that Britain would consider what measures it would take in the coming days.

"The attack on the British embassy in Tehran today was outrageous and indefensible. The failure of the Iranian government to defend British staff and property was a disgrace," Cameron said in a statement.

"The Iranian government must recognize that there will be serious consequences for failing to protect our staff. We will consider what these measures should be in the coming days." 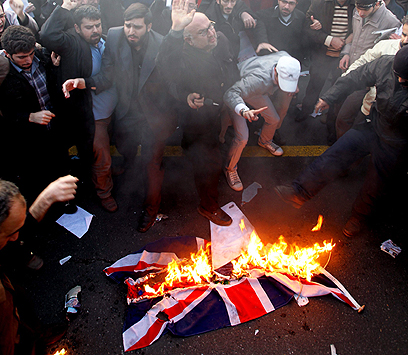 "The foreign ministry regrets the protests that led to some unacceptable behaviors ... We respect and we are committed to international regulations on the immunity and safety of diplomats and diplomatic places," the statement said

Several dozen protesters broke away from a crowd of a few hundred outside the main British embassy compound in downtown Tehran, scaled the gates, broke the locks and went inside. 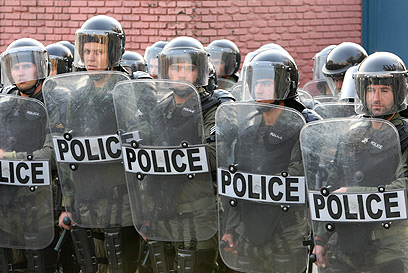 One took a framed picture of Queen Elizabeth, state TV showed. Others carried the royal crest out through the embassy gate as police stood by, pictures carried by the semi-official Fars news agency showed.

Demonstrators waved flags symbolizing martyrdom and held aloft portraits of Supreme Leader Ayatollah Ali Khamenei who has the final say on matters of state in Iran.

Another group of protesters broke into a second British compound at Qolhak in north Tehran, the IRNA state news agency said. Once the embassy's summer quarters, the sprawling, tree-lined compound is now used to house diplomatic staff.

An Iranian report said six British embassy staff had been briefly held by the protesters. British Foreign Secretary William Hague said the situation had been "confusing" and that he would not have called them "hostages."